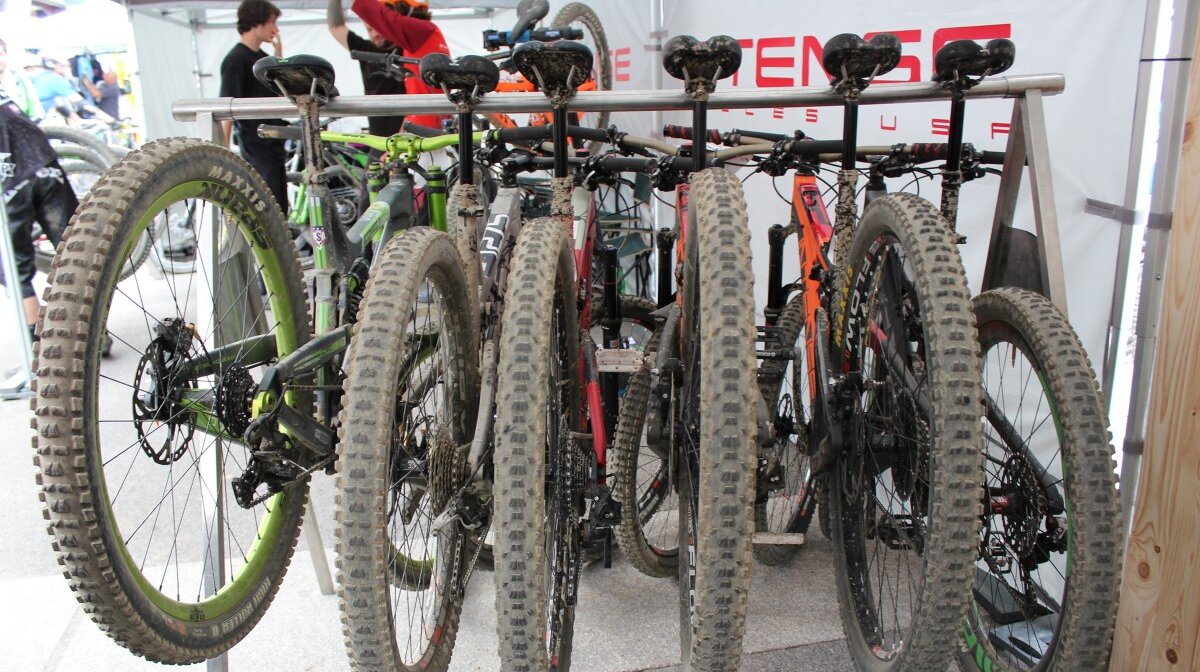 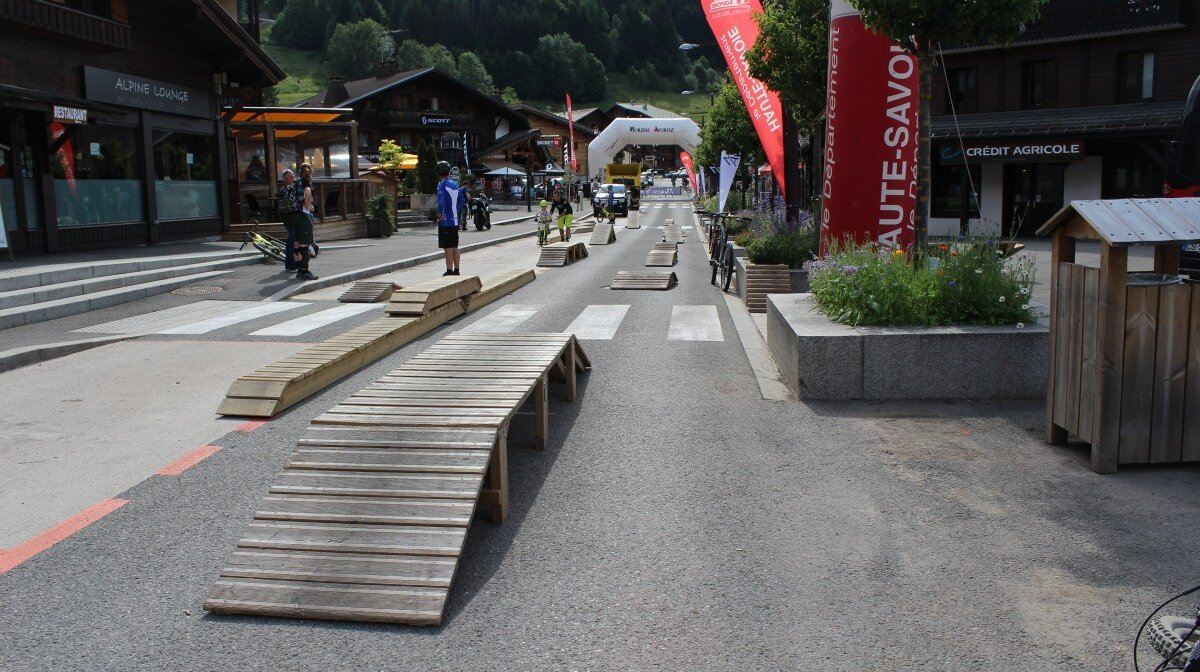 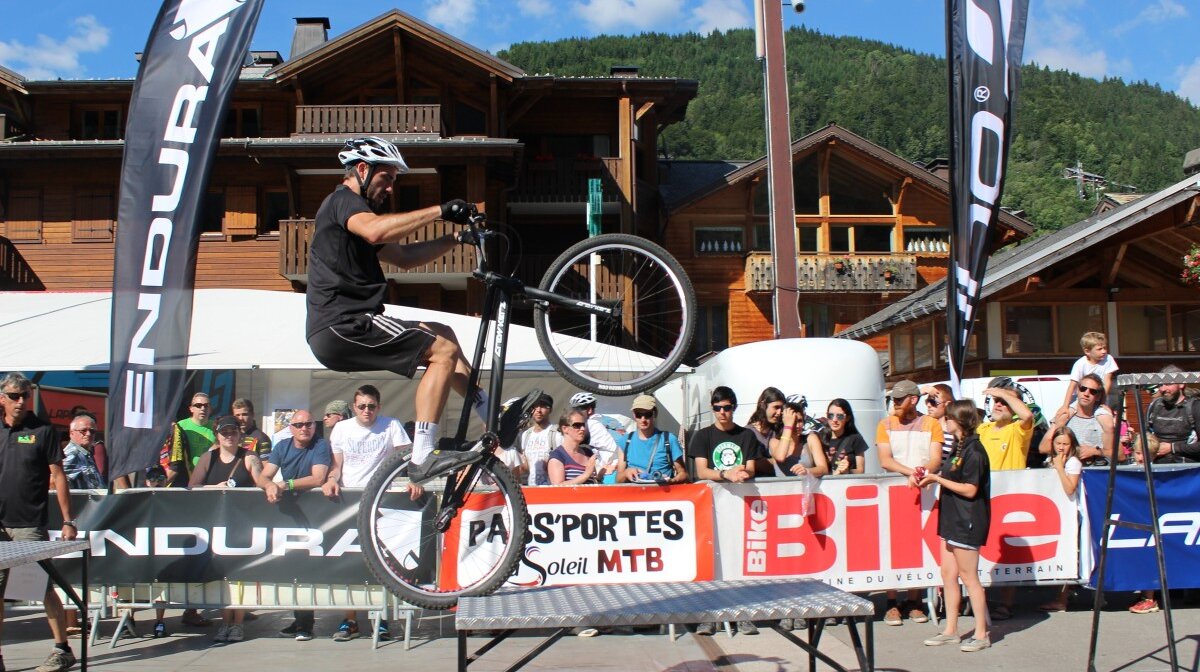 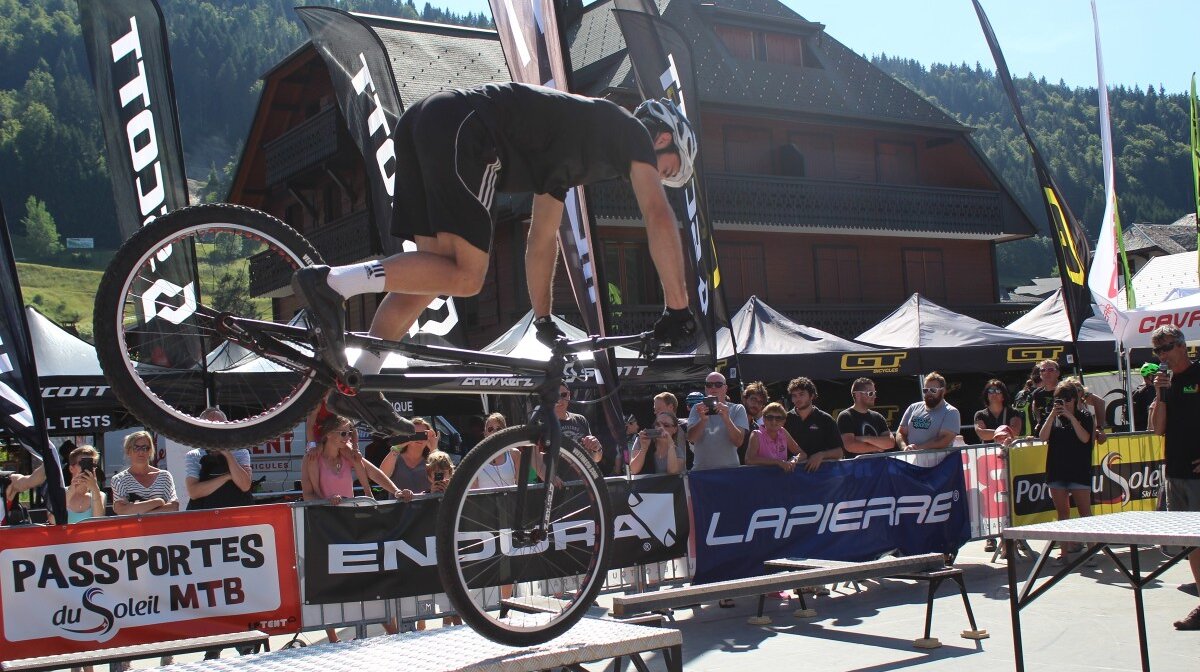 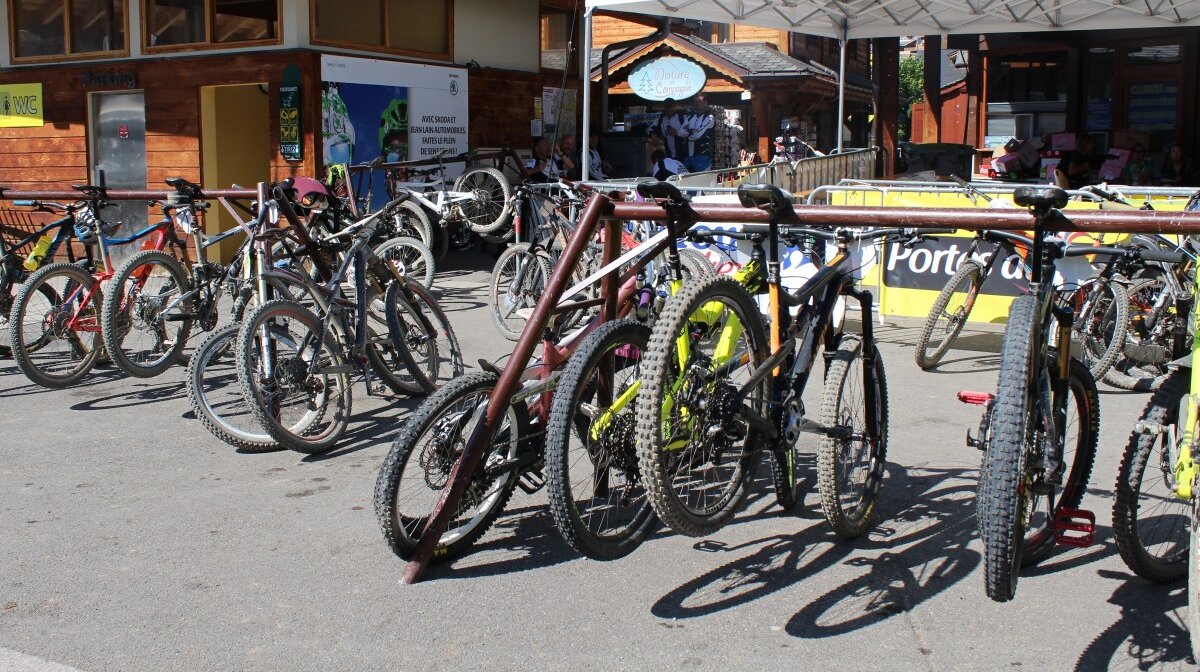 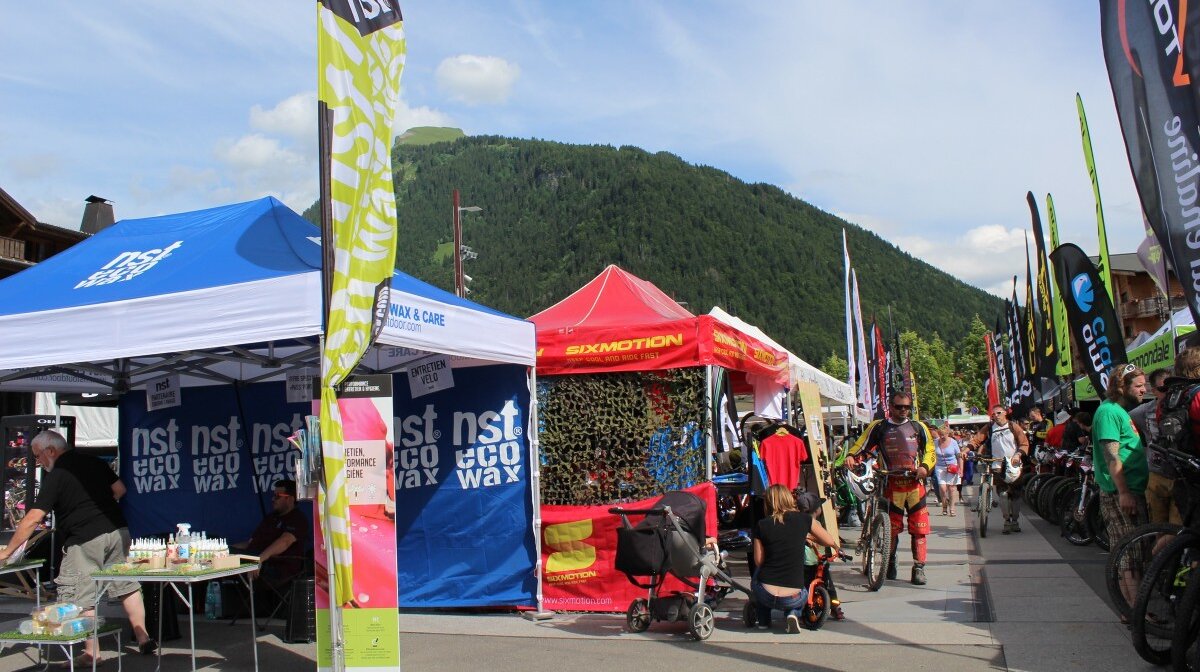 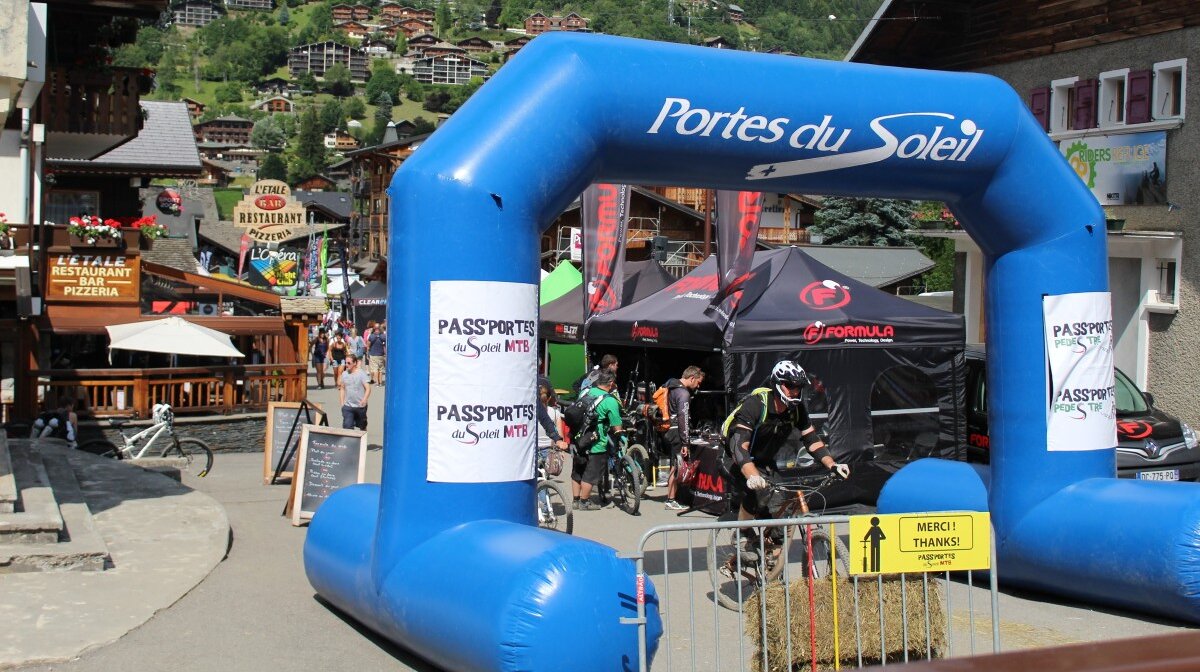 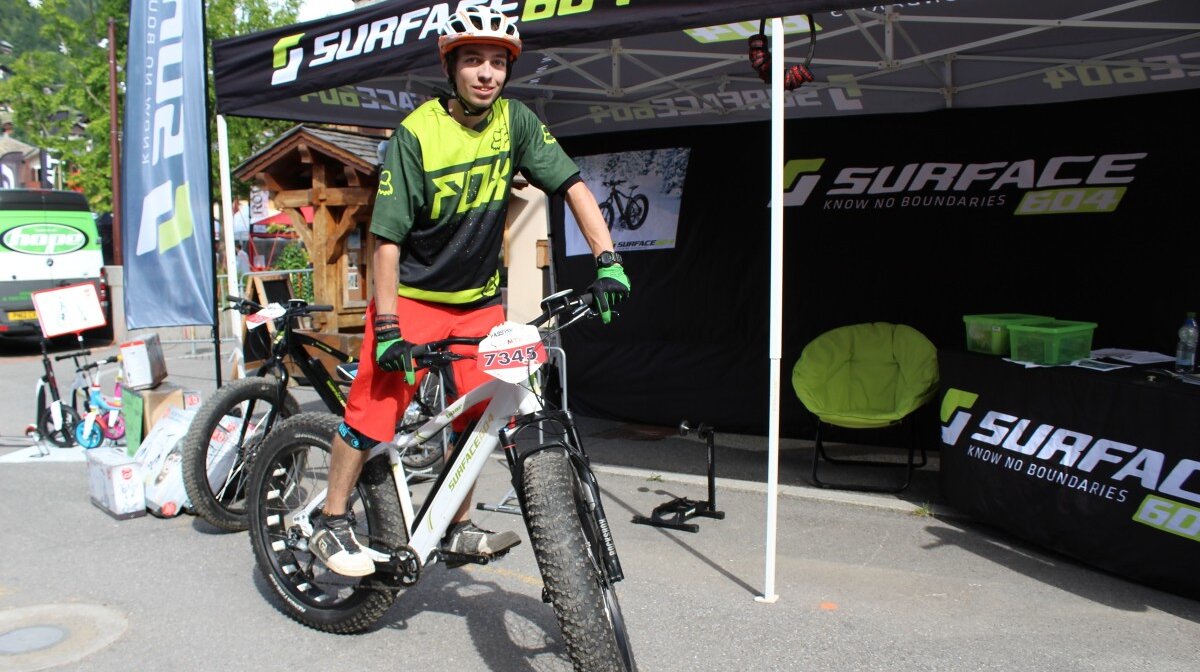 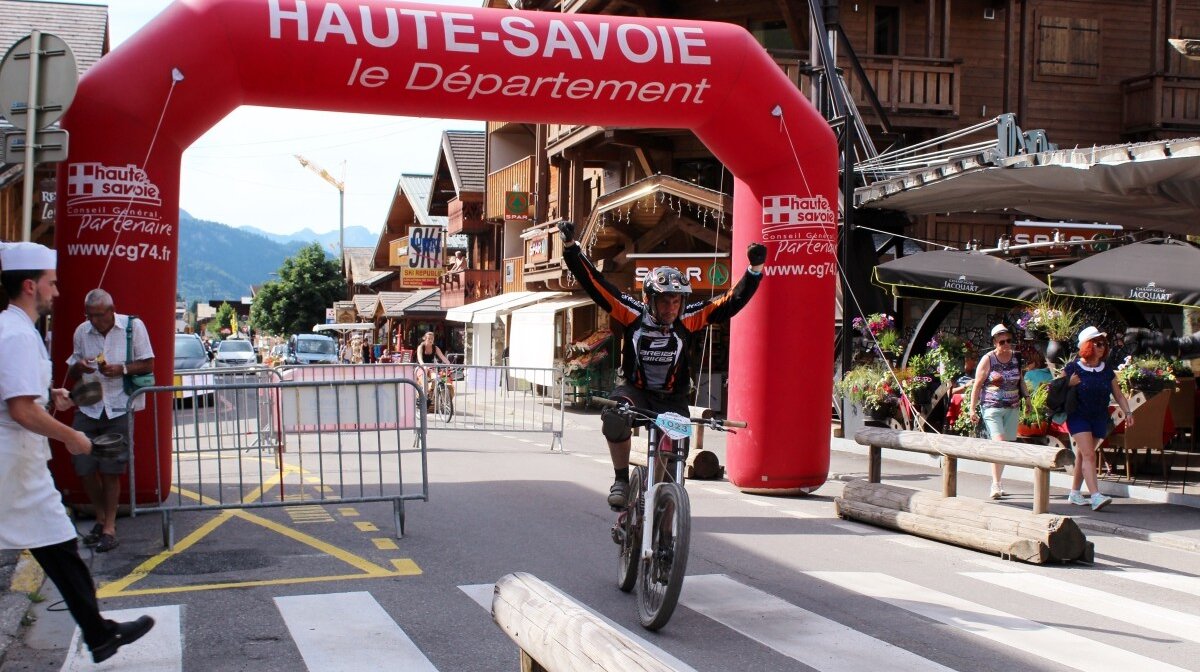 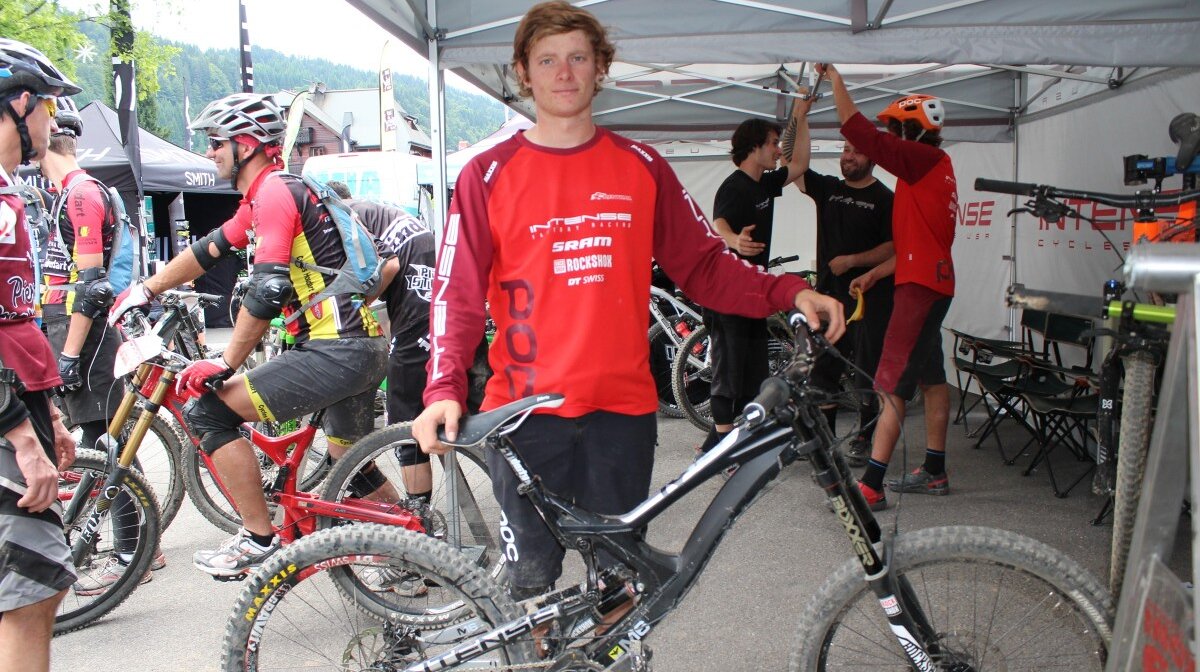 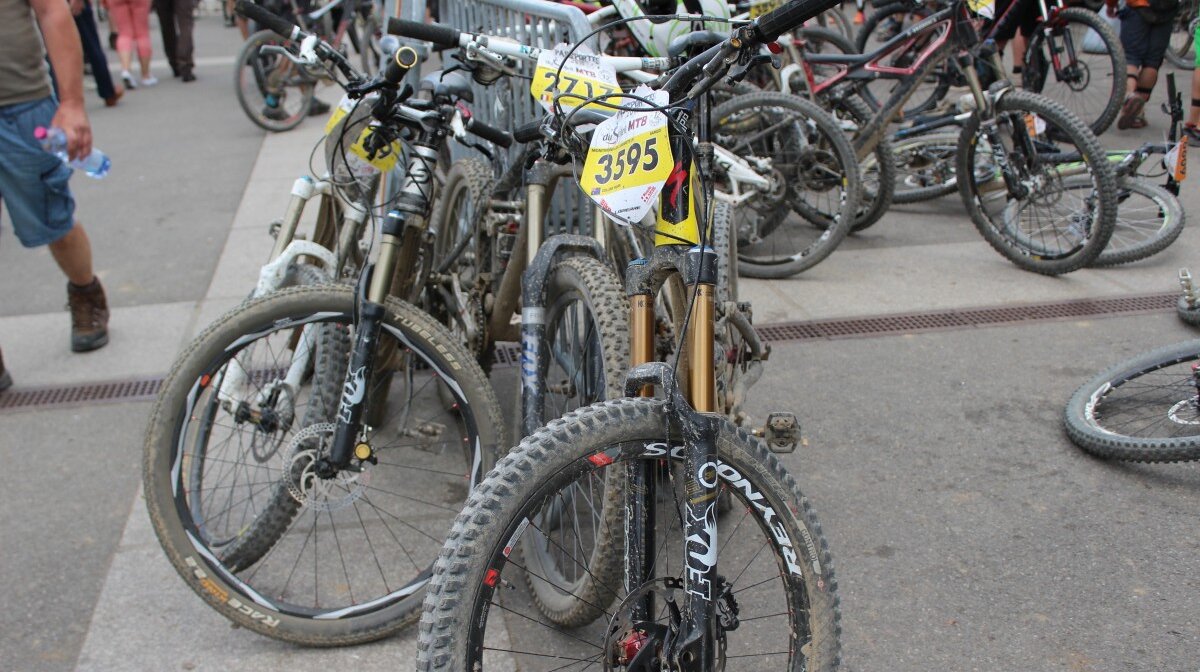 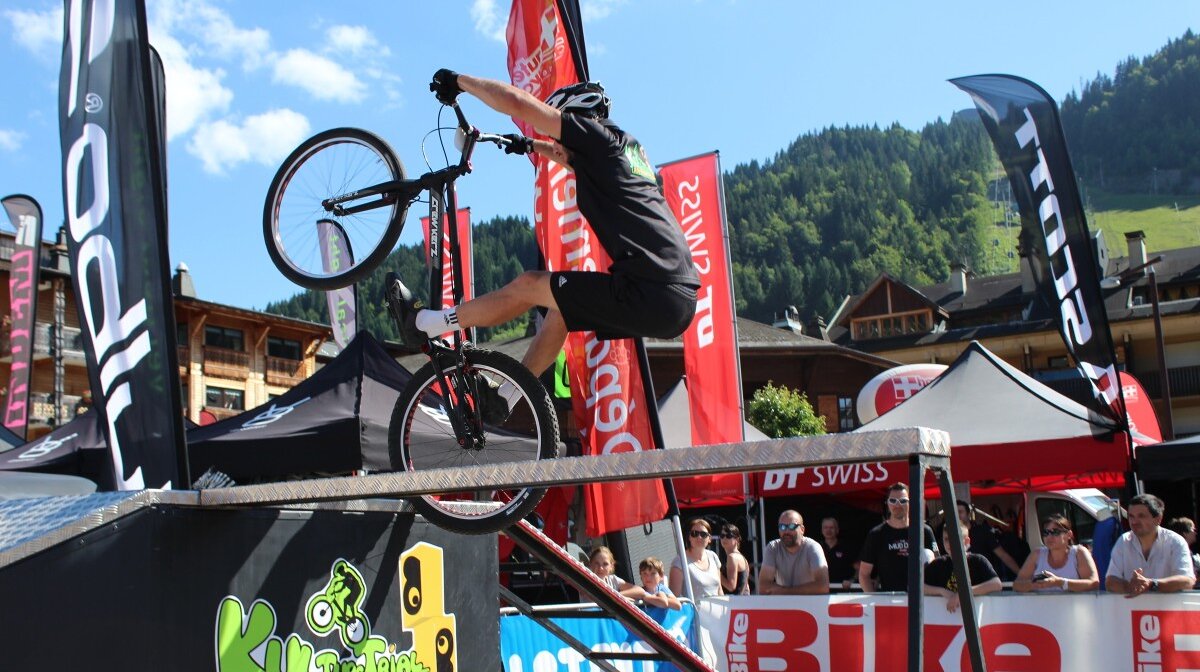 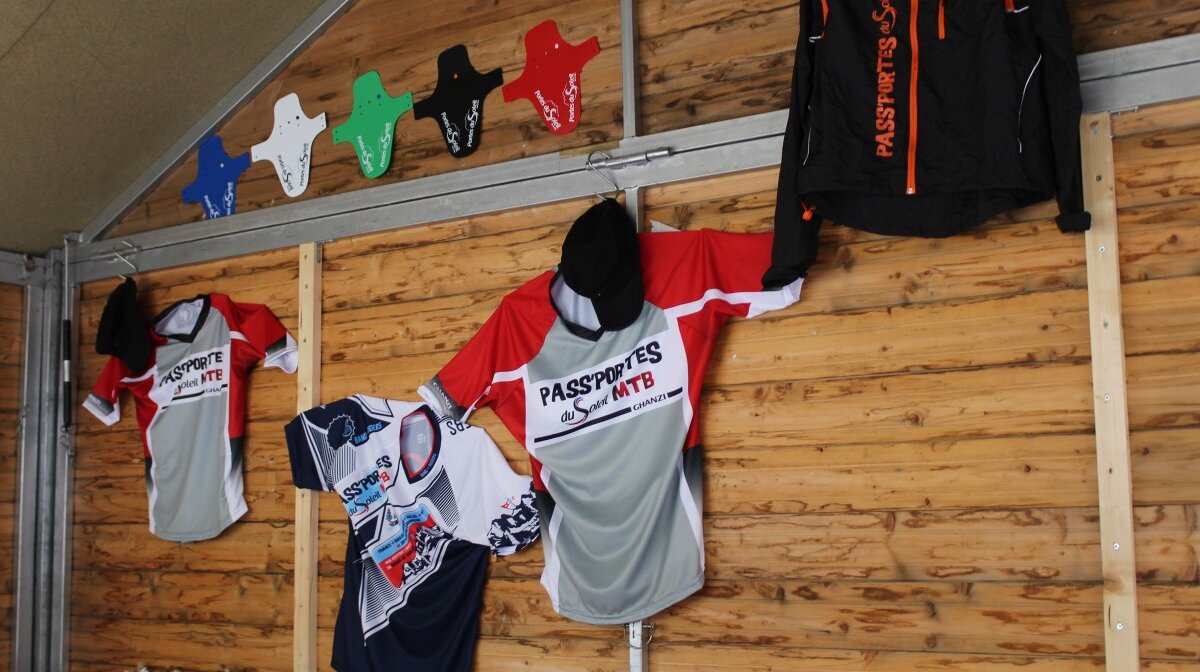 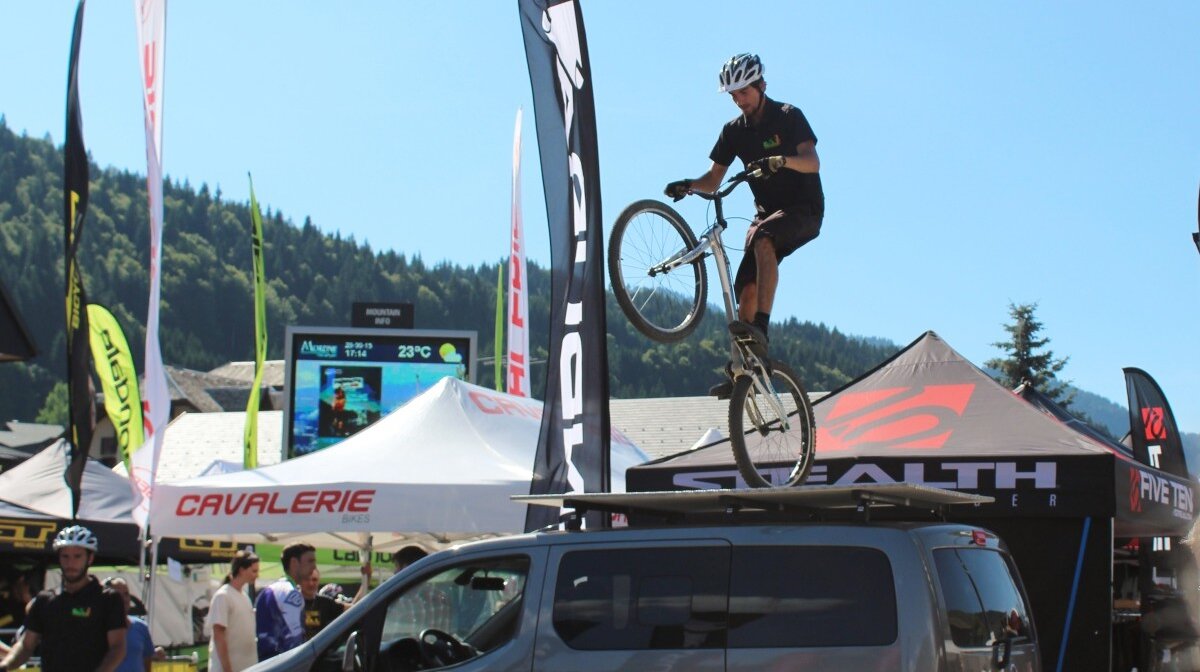 Muddy tires.. but not as muddy as last year!

Practise areas in the streets of Morzine

Morzine taken over by mountain bikes

The exhibition stalls in Morzine

One of the gates in Morzine

The 12th Edition of the Pass’ Portes MTB was held this weekend in the beautiful town of Morzine.

Morzine welcomed riders of all abilities and various ages from around the world to the 12th edition of the Passports du Soleil this weekend, offering riders the chance to discover the Portes Du Soleil’s mountain bike trails, get involved with games, join the ever popular night rides, watch freestyle mountain bike shows, and meet some of the professional riders and gear manufacturers.

But the weekend is not exclusive to only those who mountain bike – there is always something to get everyone involved, and pedestrians can take part on the trails too. I was particularly entertained by two skilful freestyle riders who were able to jump to a height of around 6ft from one platform to the next, often doing spins on one wheel whilst mid-air. However as entertaining as they were, I did chose to stick to taking photos rather than volunteer to be one of the people lying on the ground whilst they jumped with their bikes over them, performing tricks mid bounce!

The town centre of Morzine was this years centre for the Pass'Portes and it was taken over by stalls from manufacturers from across the globe. Each stall offered something different, from servicing peoples mountain bikes to promoting and selling their latest products, offering a first-hand look before being available on the market. I spoke to Neils De Wit from the Netherlands, videographer for Surface 604 fatbikes about what makes the event unique. “In the bike shop you can feel the bike, you test it, you break it, you buy it. But here you get to test the bikes on the mountain and can tell the company if something is wrong.”

Each year there is a limit to the amount of people who can take part in the event, and this year it reached full capacity, with 6000 participants with the Morzine tourist board having to turn down hundreds of rider hopefuls. I spoke to Luca Cometti from San Diego, sponsored rider for Intense and USA Dual Slalom National Champion, about his first time riding in Morzine. How do the tracks we have here compare to those in America?  “It’s good training. Here its steeper and there’s much more routes.” And would he want to ride the Portes Du Soleil circuit again? “I’d definitely come back, now that I know what’s here!”

The Pass'Portes Du Soleil not only offers a fun filled weekend for those enthusiastic about mountain biking, but it also helps firmly support and promote Morzine and the Portes Du Soleil area and the impressive mountains that it has to offer. From the snowy pistes of the winter to the dirt and action filled tracks of the mountain bikes trails, (not to mention the stunning views that are worth the trip in themselves), the Portes Du Soleil has proven once again why it is one of the top resorts for mountain lovers everywhere.

[Keep an eye on the Pass'Portes website to see when you can register for next years event.]