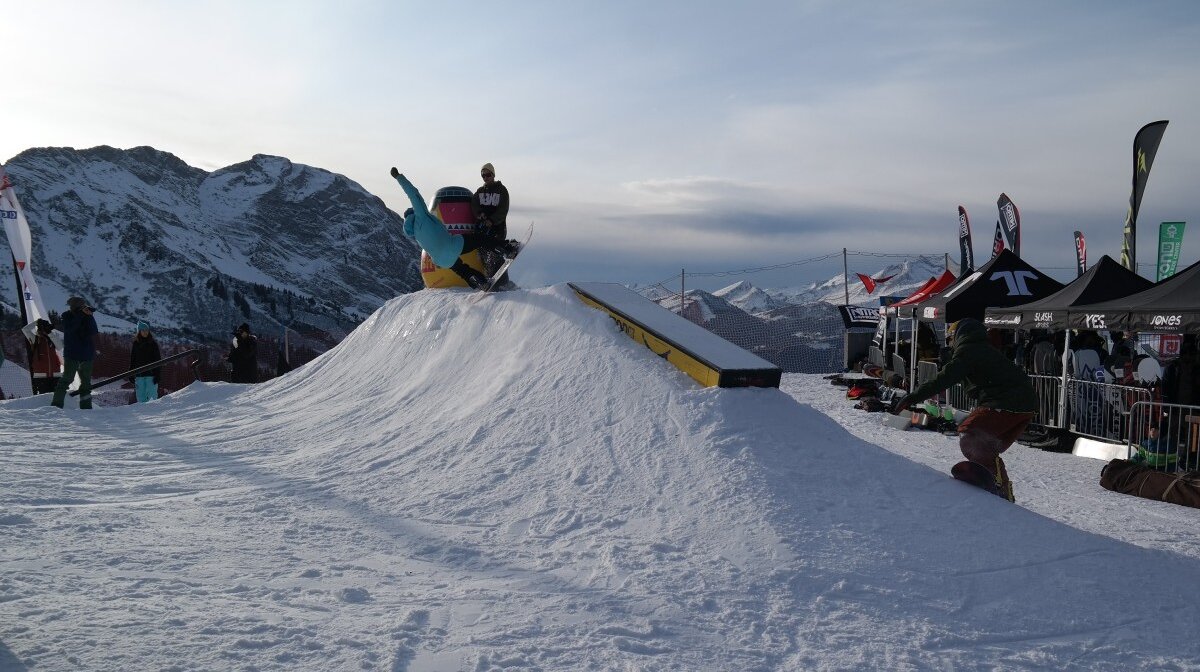 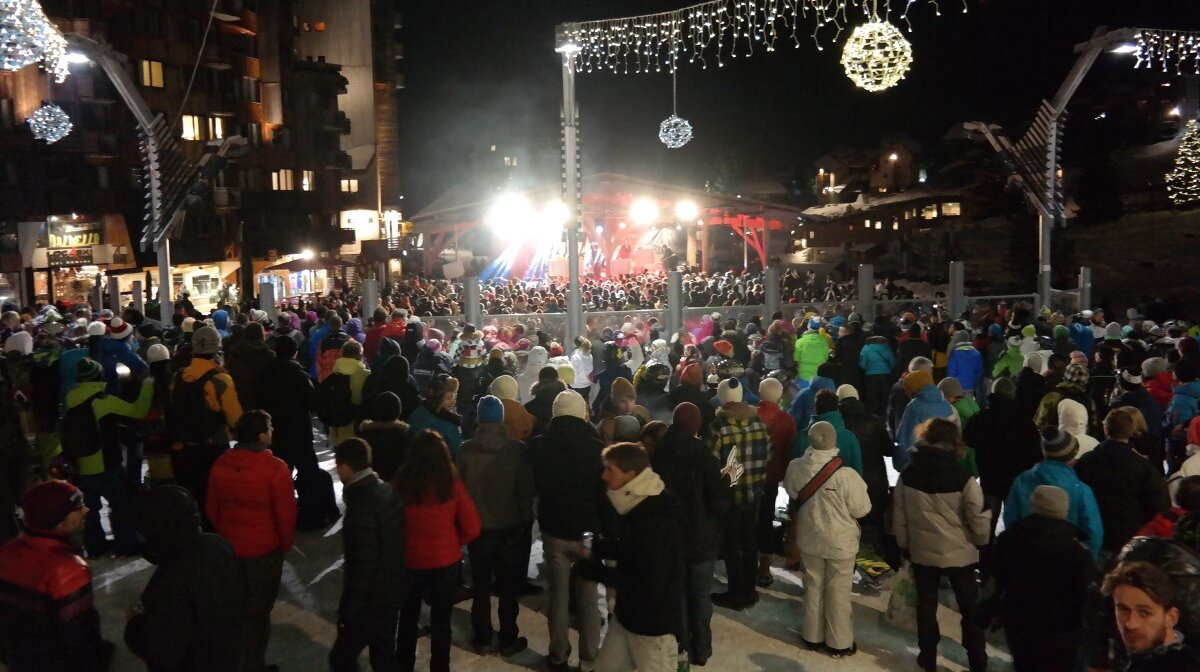 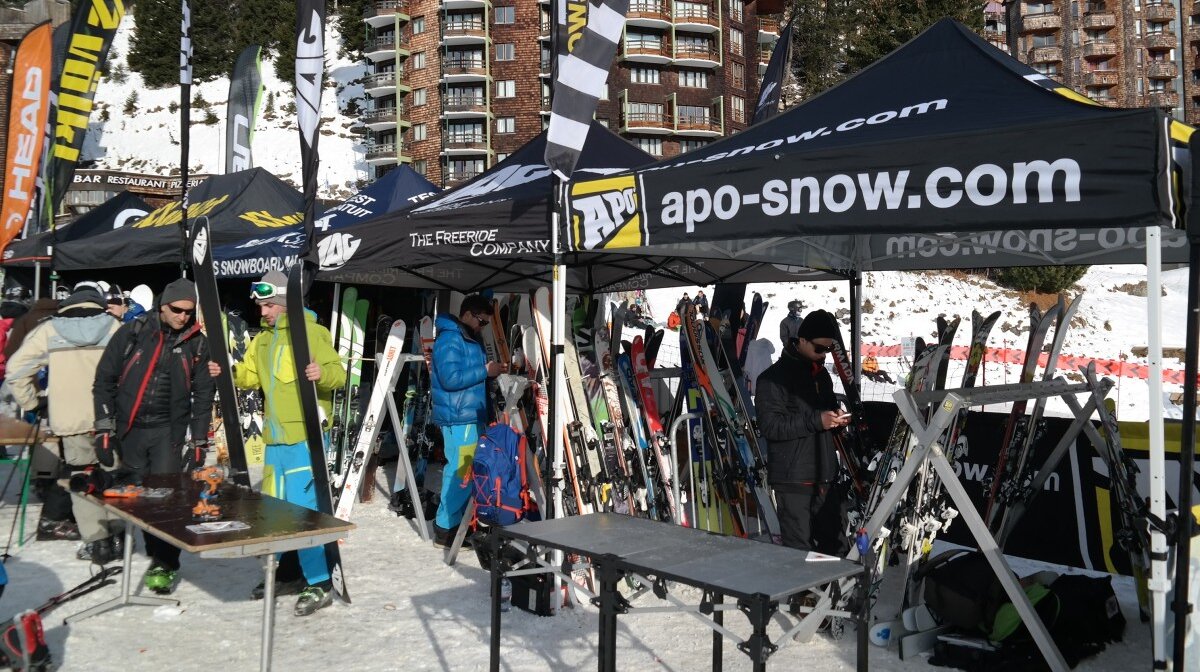 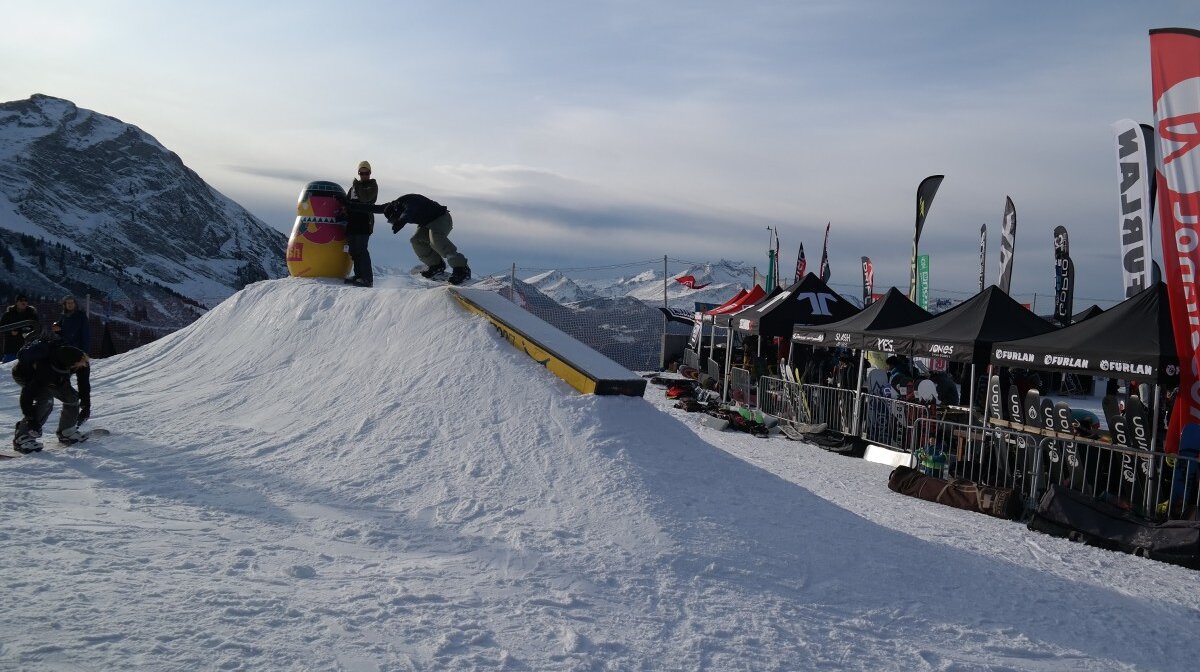 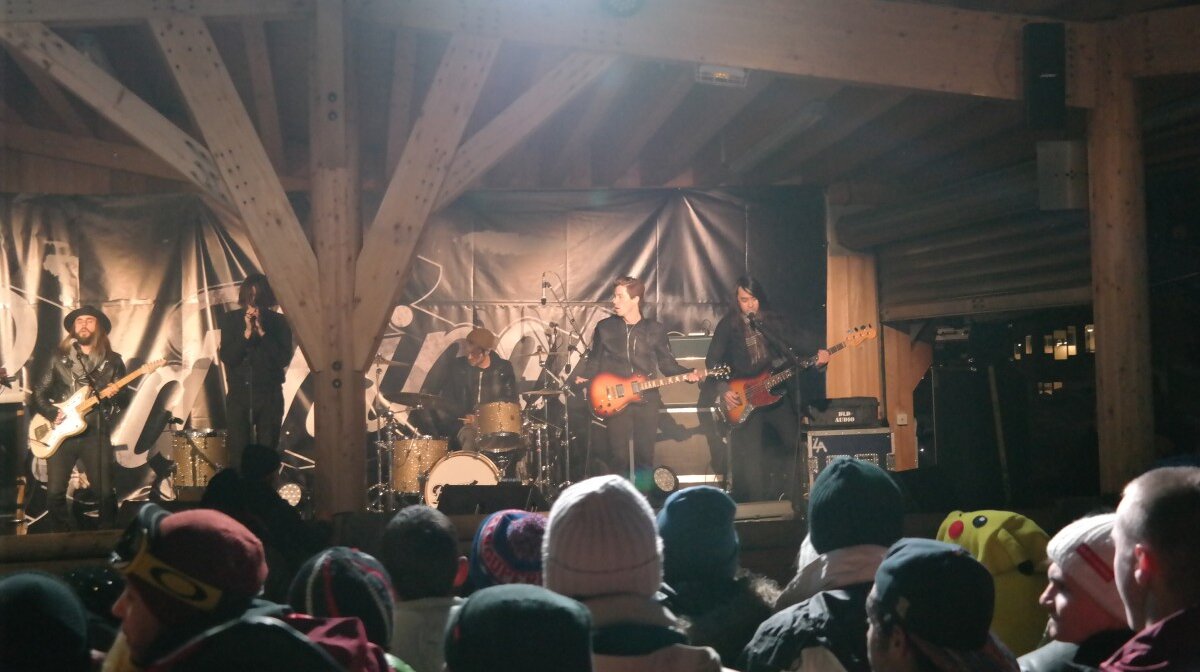 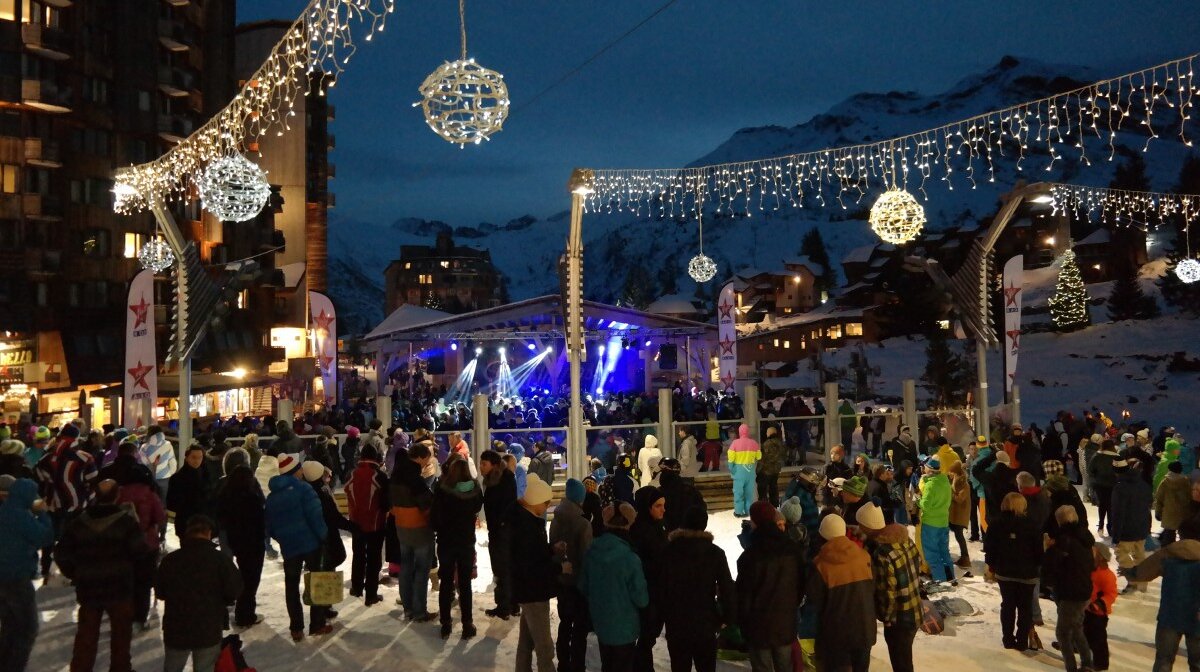 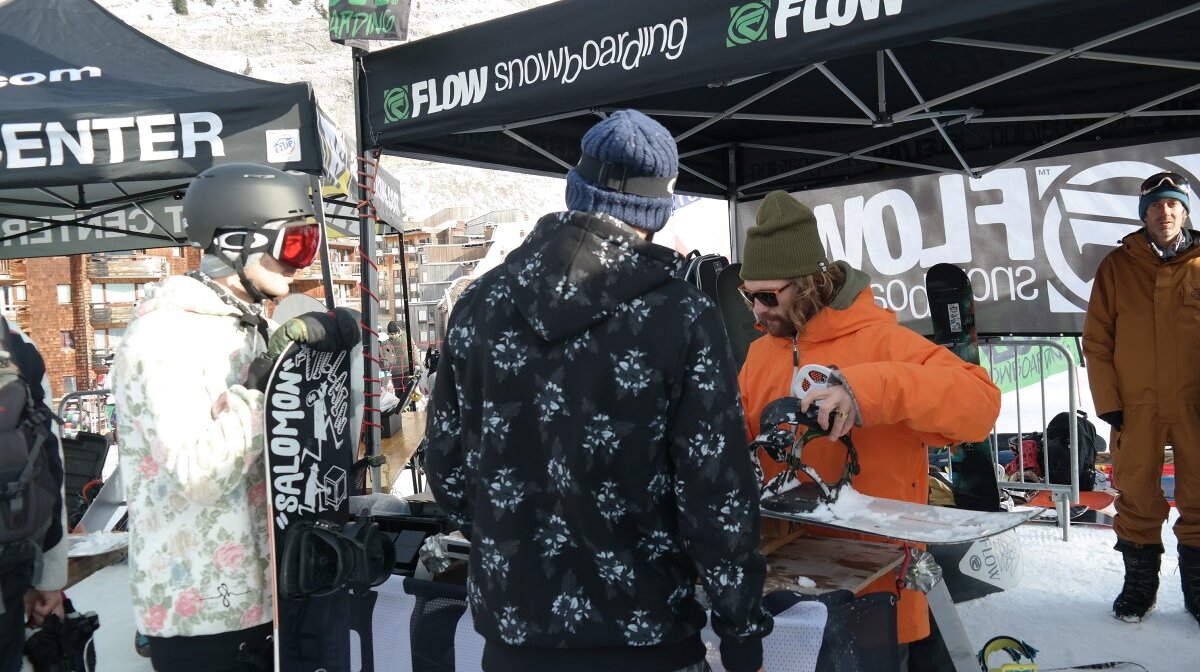 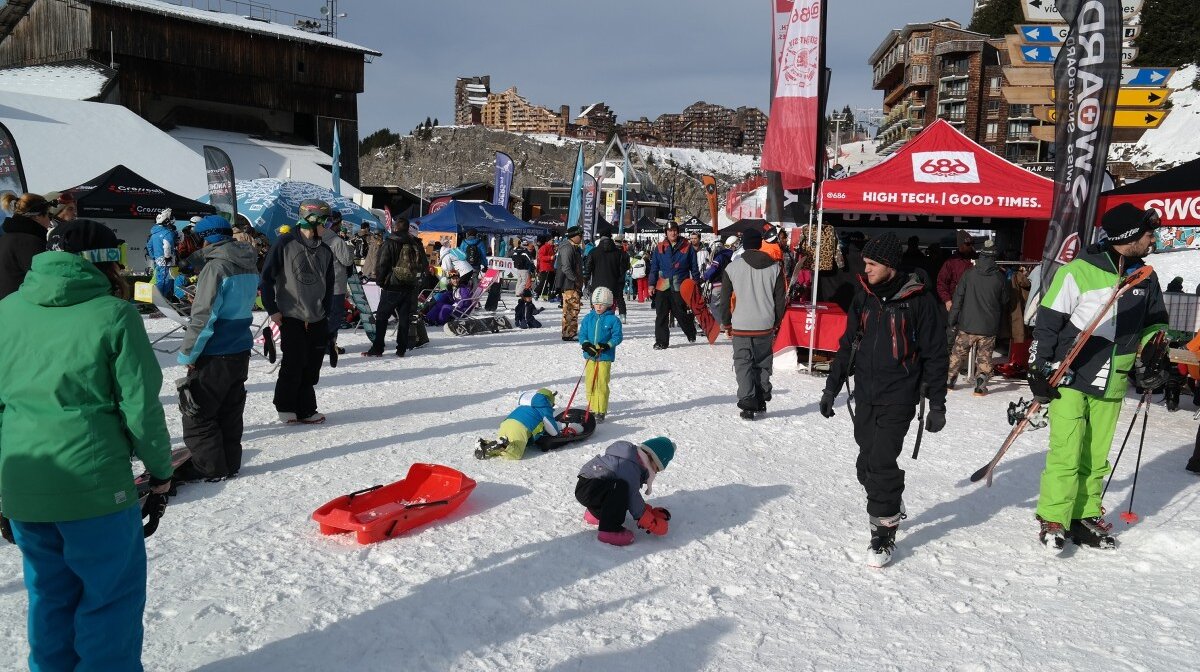 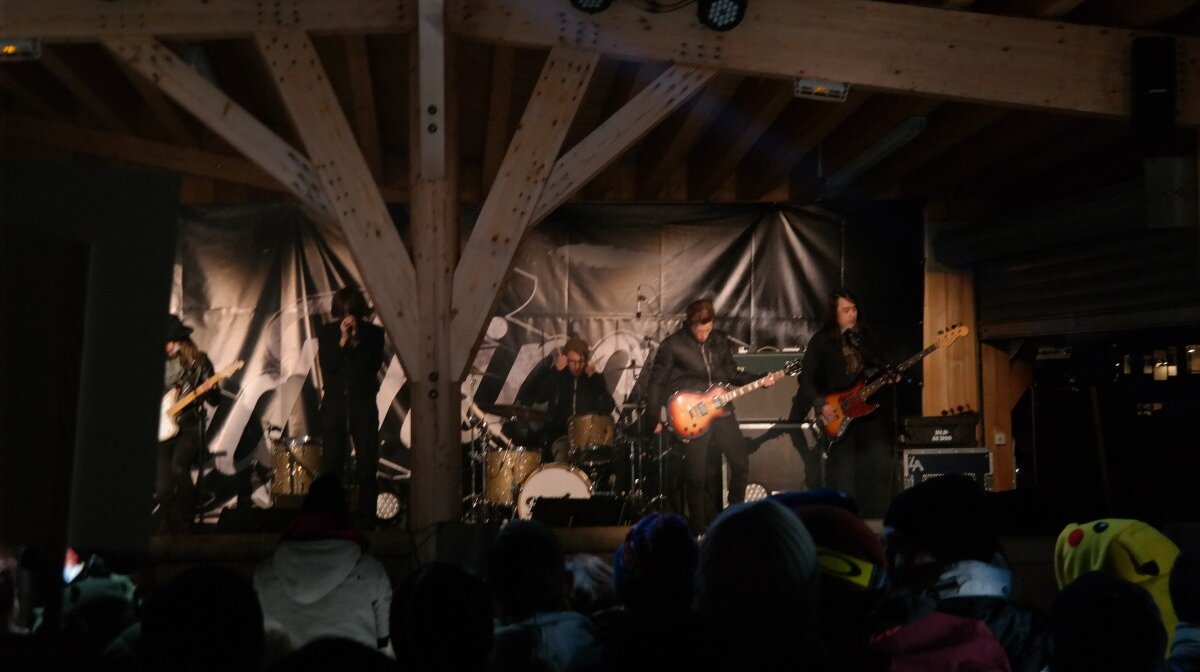 Big crowds at the end of tour concert

Lots of gear to test

Lots of gear to test

Fun for all the family

The snow didn’t really show up in a big way, but despite lack of it around for the opening weekend of Avoriaz, the resort was buzzing with the arrival of the Rock On Snowboard Tour!

Every year the tour brings the newest snowboards and skis out to be tested by guests, seasonnaires, residents and locals alike, as well as a big night of rock music to be enjoyed by all. Following a year full of appreciation for the 2014 Winter Olympics, it seemed fitting to have the double gold medal Olympic snowboarder Shaun White take to the open air stage as part of his band Bad Things, a five piece rock band from America.

The Rock on Snowboard Tour test village kicked things off on Friday morning, bringing eager snowboarders out to try the newest models from big brands such as Burton, DC, Nitro, Real, K2 and much more. Skis from Rossignol, Movement, APO, Faction and more were also available for trial runs, with great advice on hand throughout, right from the stage of selecting a model to tweaking the bindings to returning them after a great run.

The whole weekend saw hundreds of test skis and snowboards out on the slopes – the few that we’re open were the ideal test track to take a couple of runs down to then swap models to get feel of different boards and skis. It was the perfect way to figure out exactly what you wanted out of your time on the mountains before buying a new board or a new set of skis for the season. You could take a look at the latest accessories including sets of bindings, goggles and new GoPro mounts - all available to be tried and tested.

There was even a special area for the mini boarders within the crowd, hosted by Burton. The initiative allowed children under 10 to get the feel for snowboarding on Burton’s specially made learner boards and bindings, designed to get the most enjoyment out of snowboarding for the young ones.

For the adventurous, a mini snow park was set up above the test village, where a relaxed and friendly competition was held for snowboarders who wanted to push themselves and get creative on the various park features; including a rainbow box, ribbed pipe, table top and mini hip with Russian Doll tap barrel at the edge. Created for imaginative boarding the mini park tested the rider’s ability to showcase their talent and style, and was set up well for spectators appreciation too!

As the sun went down, the hustle and bustle moved away from the test village into the centre of Avoriaz, where the stage had been setup outside for a free rock n’ roll concert. A lively crowd spilling off the main audience area greeted the Bad Things and Shaun White on stage with their Rock on Snowboard foam hands along with a huge cheer, before the band kicked the night off in style.

The concert was in view of several of the café bar outside seating areas, and children danced on dad’s shoulders while many people cracked a beer or two sat out in the snow in their ski wear. It was a fantastic show of feel-good rock, and finished a great day off with a real party.

After a great tour with stops in Val Thorens and Isola 2000, The Rock on Snowboard Tour bus has now departed from it’s final leg. It will be back on the road next year, when it will return again to Avoriaz for yet another weekend of snowboarding and skiing to rock the mountains.