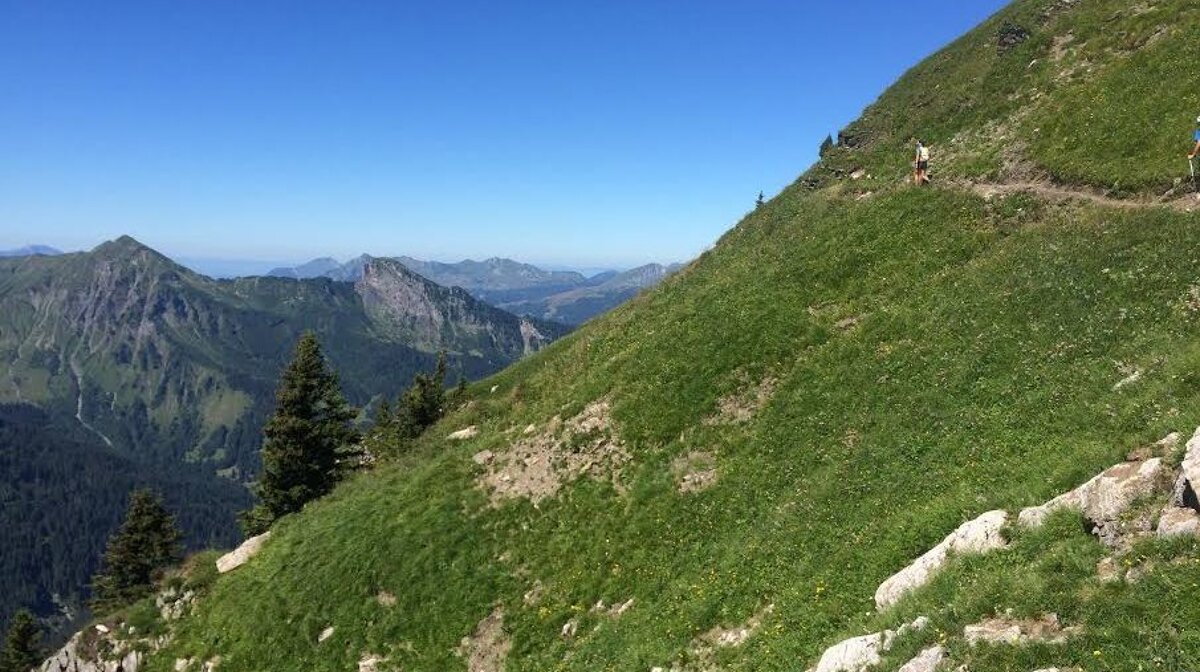 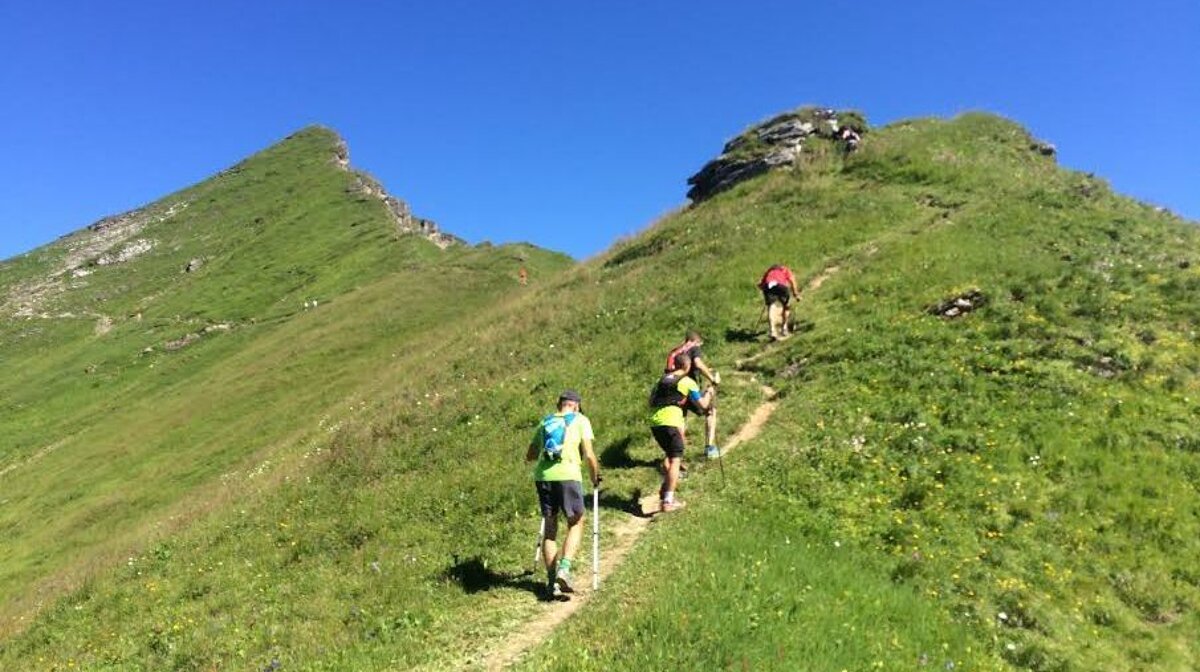 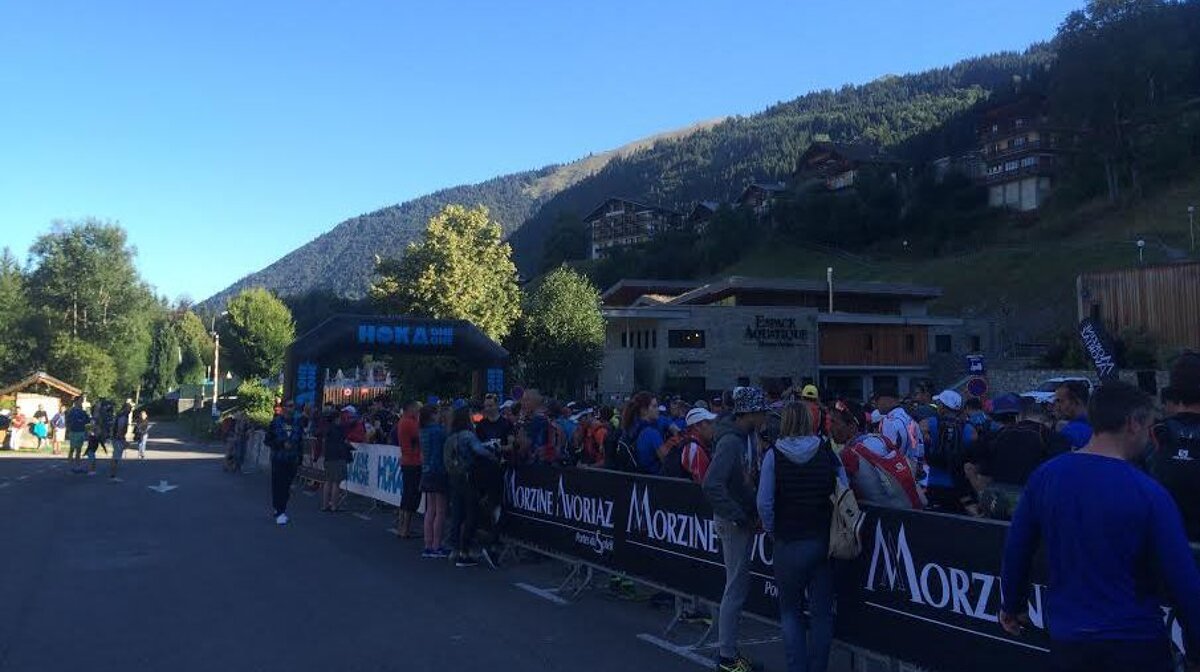 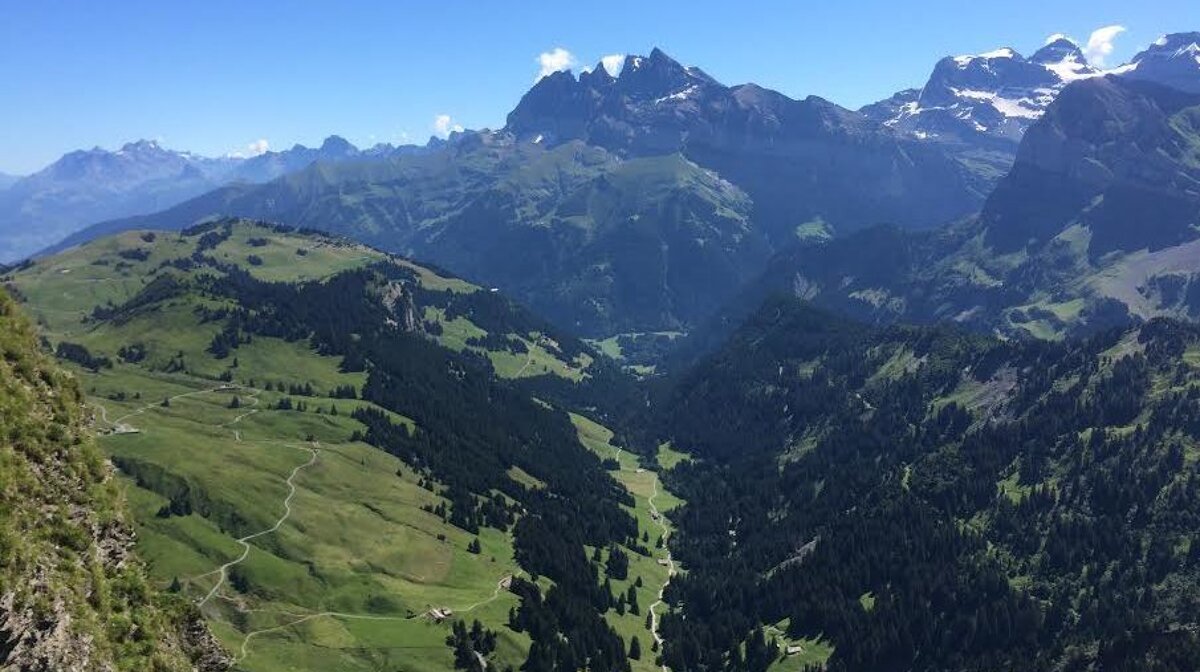 The Trial des Hauts-Forts is a trail running race that takes competitors high above Morzine, all the way to Avoriaz with some of the most dramatic views of the Portes du Soleil. There are two different routes, one of 44km in length and a shorter 27km long race.

This weekend over 500 people completed the event, which started in the heart of Morzine before climbing up some of the highest peaks in the region, with some runners having to endure over 3000 metres of climbing.

We all gathered for the start of the race in the Palais des Sports car park with the longer race starting an hour or so before the shorter. There was a real sense of anticipation with everyone eager to set off. Lots of people came out of their homes and chalets to cheer us all on which really helped ease us into what promised to be a very tough few hours. Both races passed along the banks of the Dereche river before heading up to the base of the Pleney with the 44km race heading on up the mountain. There were athletes of all types taking part including seasoned trail runners and some less experienced wanting to try competitive running in the mountains.

The shorter race (which I was competing in) headed up Vallee de la Manche and climbed sharply up to the peak of the Chardonniere mountain, before traversing the edge of the valley and descending down to the Lac Mines d’Or. From here it climbed up to the peak of the Col de Coux and followed the ridge line to the top of the Col du Fornet before descending into Avoriaz. For those attempting the longer route there was an additional descent to the base of Prodains before climbing again all the way to the finish.

Spectators lined the route from Morzine all the way to Lac Mines d’Or and there was a fantastic atmosphere around the whole course of the event. The first food stop was at the lake itself where hundreds of people positioned themselves to cheer runners in. Bananas, chocolate and other much needed snacks waited for us. The stewards around the whole route were incredibly enthusiastic offering much needed words of encouragement at some of the toughest parts of the course. I remember specifically two very cheerful men at a drinks station at the top of the Chardonniere, who handed me a cup of tea and managed to make me smile despite the pain I was feeling at that point.

The toughest part of the day for me was climbing the Col de Coux. It was a relentless climb, which took around an hour to complete. However once I’d taken on some food and recovered slightly I was able to look around and saw that I was surrounded by some of the most beautiful views in the Portes du Soleil. The peak of the mountain borders both France and Switzerland and in the distance you can see Morzine, Avoriaz and Chatel. I was able to take a photo, which got some funny looks from my fellow runners, but the opportunity was too good to miss! I felt like I was on top of the world.

The trickiest part of the day came after the Col de Coux. You travel along a narrow ridge line to the peak of the Col du Fornet which is pretty difficult under foot. At this point we were all feeling pretty exhausted so you had to up your concentration at this point to avoid slipping. Similarly, the descent from Fornet to Avoriaz required a lot of focus. It was here that I witnessed a couple of falls and sadly a few people having to pull out of the race. By this point the temperature had also risen so everyone was starting to find the challenge pretty tough. Luckily for us shorter course participants, this descent signalled the end of the race. We headed up past Chez Flo restaurant in Avoriaz to run the last 800 metres to the finish line in the centre of the resort.

Friends and family of competitors lined the path to the finish with many children running alongside parents to encourage them to the end. The atmosphere was brilliant and really helped everyone to cross the line with a smile on his or her face. The first person to cross the line in the short race was Hugo Altmeyer who completed the race in an unbelievable 2 hours and 35 minutes. In the longer race Benoit Outters was the overall winner completing the gruelling 44km course in just 4 hours and 52 minutes. Alongside the two main races there was also a relay race and a junior race which meant that even more abilities and ages were able to take part.

There are some great sporting events to take part in in the Portes du Soleil calendar but I have to say that the Trail des Hauts-Forts is one of the most exciting, friendly and well organised I’ve been a part of. I’ll definitely be signing up again next year and may even give the longer course a go. It throws you into the heart of some of the most beautiful countryside in the region and perhaps the world… that’s if you’re not in too much pain to be able to enjoy it properly...