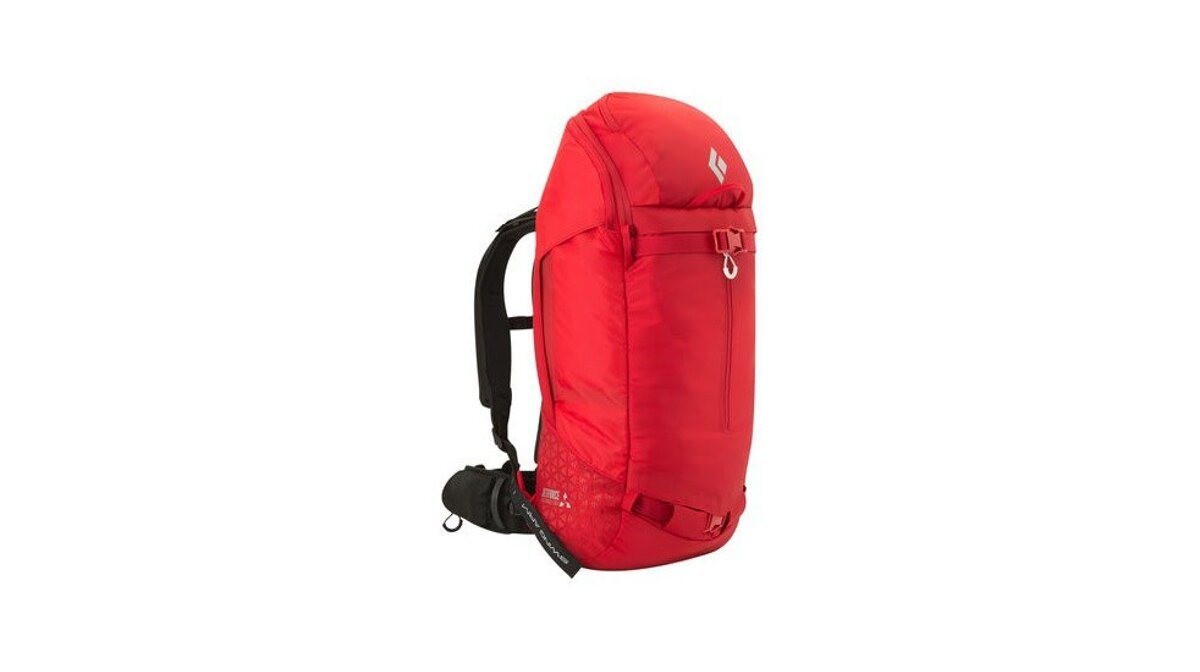 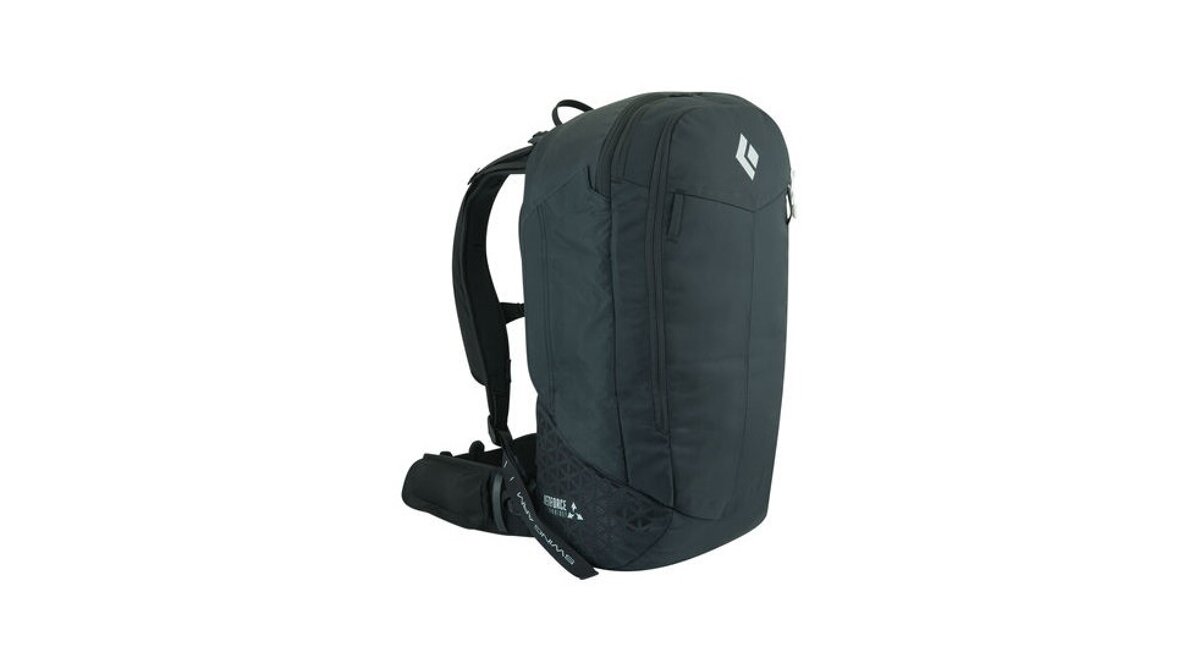 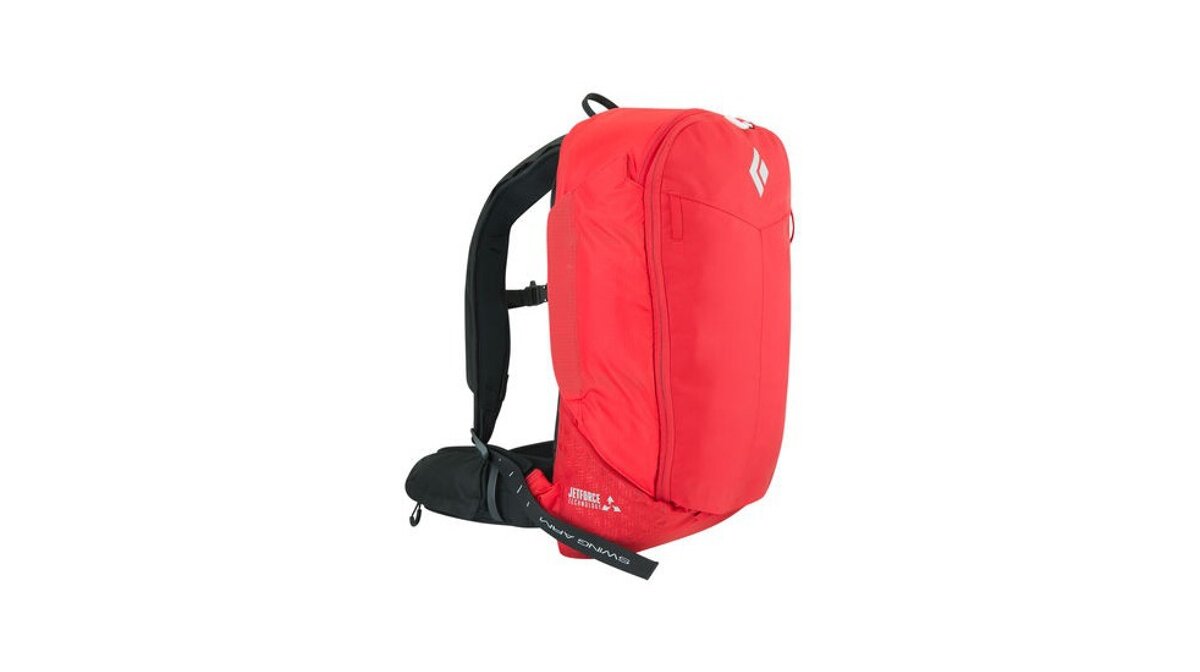 Avalanche airbag packs are now an accepted part of the backcountry skier’s arsenal and are becoming an increasingly popular sight all over the mountains in the Alps and North America throughout the winter.

Although some of the safety claims by manufacturers are a little overblown, it’s generally accepted that should you find yourself in a slide, they do increase the chances of staying alive.

However, up until now most airbags have relied on some sort of compressed air cylinder system as a means of inflating the airbag. Although this system works pretty well, there are obvious drawbacks – the fact that you have to re-fill the air canister after use, for example, or the potential difficulties when travelling by air with them.

When Black Diamond decided to look into this area they decided to take things from the ground up and try to design an airbag system that overcame as many of the current issues as possible. The result of many years worth of work has appeared this winter in the form of JetForce Technology.

The big deal with JetForce Technology is the use of a lithium ion battery to power the electric fan inflated airbag. It might sound a little crazy at first but it actually has major advantages over traditional gas cylinder systems.

Firstly you can inflate the airbag over and over so there’s no need to worry about re-filling cylinders on your ski trip. The 200L airbag inflates in just 4 seconds and automatically deflates after 3 minutes to create a potential air pocket should you be buried; clever stuff. When the battery runs down (after 4 airbag deployments) just re-charge it again and when you start the system up the PIEPS powered diagnostics will perform a check to make sure everything is running smoothly.

The second big advantage with JetForce packs is that there shouldn’t be any problems getting through security checks at airports. Even though in theory traditional avalanche airbags are cleared to be taken on most or all flights, you still hear of people having difficulties.

So, the technology has moved things on big time, but what about the rest of the packs themselves? Well unsurprisingly BD set out to build a family of the best ski packs they could to house JetForce Technology. There are 3 packs in the line - the Pilot 11, Halo 28 and Saga 40.

The Pilot 11 is aimed at cat ski, heli ski, or sidecountry use. There’s enough room for an extra layer and some food and water but not much else. The Halo 28 is the all rounder that will probably suit most users. Big enough for day tours and lightweight hut trips, but not too big to use on lift served out of bounds adventures. The largest model in the JetForce series is the Saga 40. Aimed at ski and avalanche professionals, the Saga 40 also looks great for hut to hut trips and big tours.

All 3 packs in the line have a multitude of features in common – BD’s reactive suspension flexes with the body, a dedicated avy tools pocket keeps your shovel and probe separate and easy to reach, tuck away diagonal ski carry enables the airbag to be deployed even whilst carrying skis and the HiLo helmet holder carries a helmet simply and effectively. The bottom line is that these look like great packs, even if you never have to use the airbag.

Most improvements in the gear we use come about incrementally, but I think JetForce Technology represents a pretty big step forward. None of the avalanche safety tools out there will ever come anywhere near to replacing genuine backcountry knowledge and experience, but these packs are a big improvement on an already effective tool against burial and that can only be a good thing.

Take a look at the website for more information.

Read more of Andy's reviews back in our news feed - search 'Latest Gear' or visit his website.