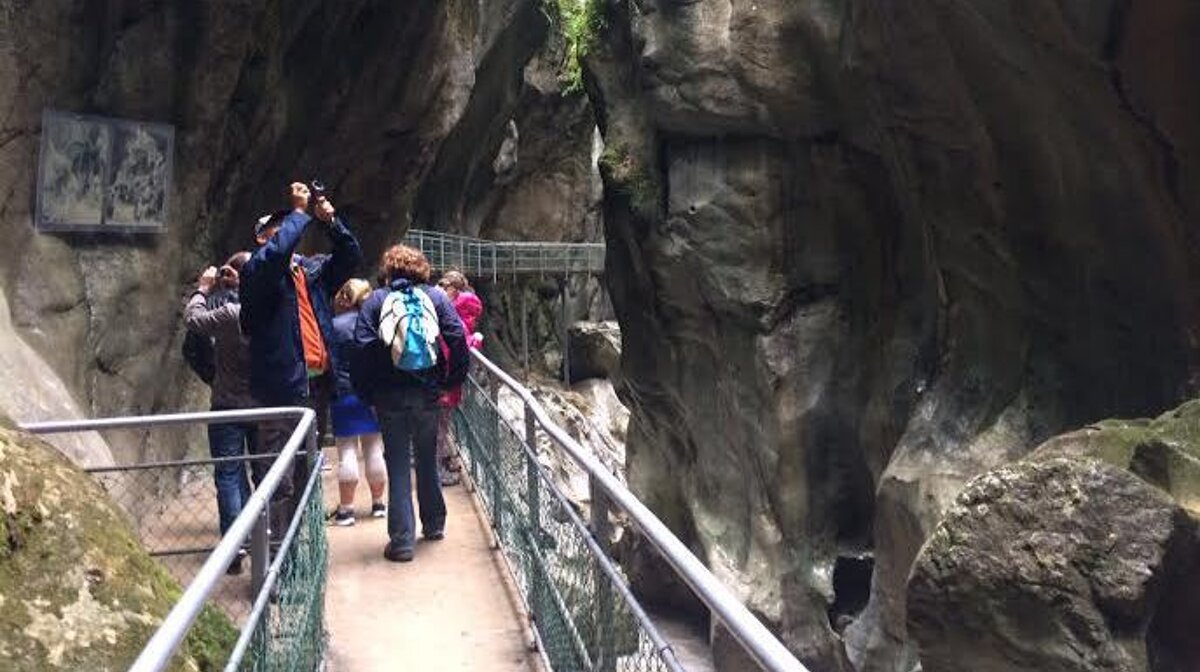 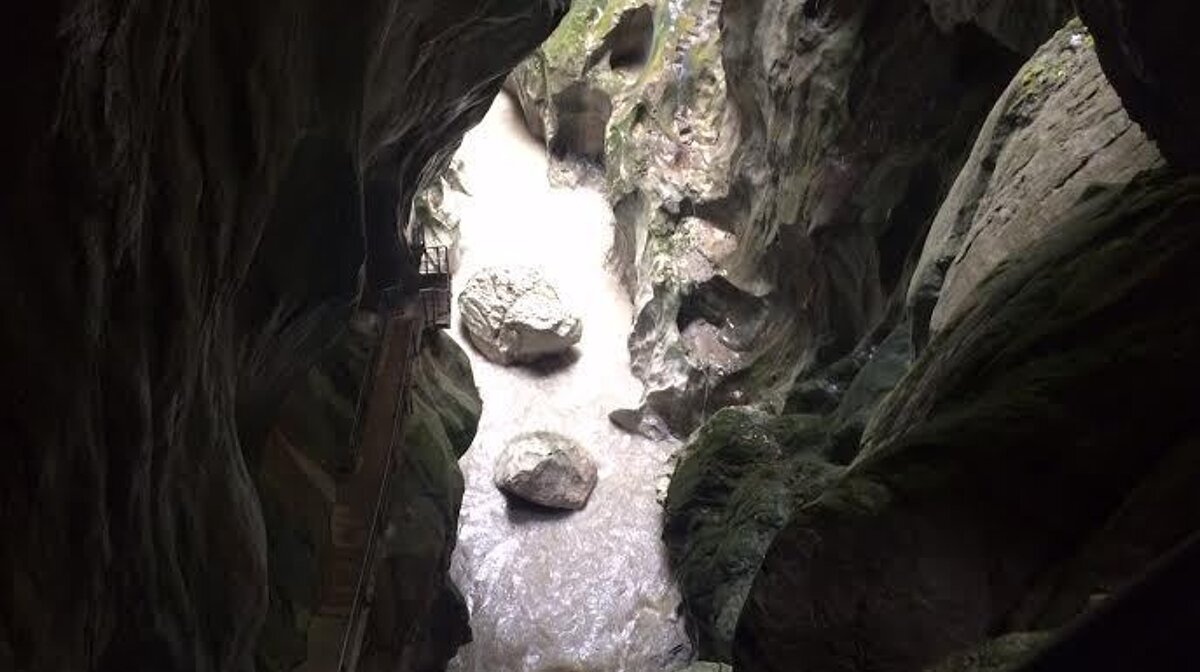 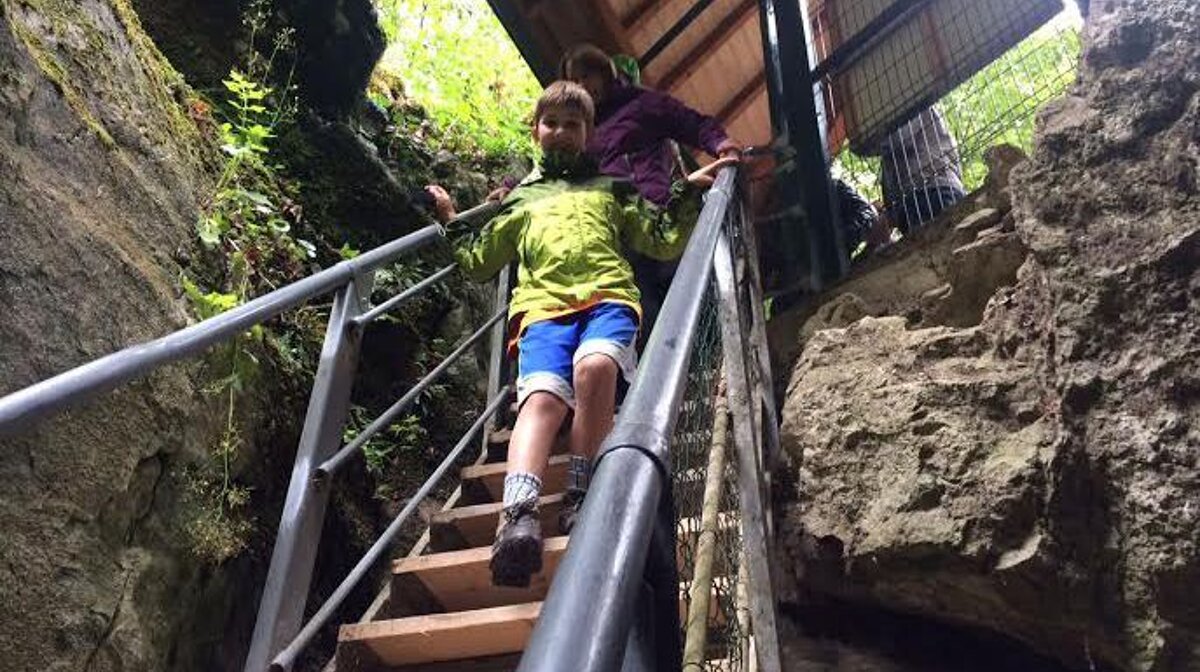 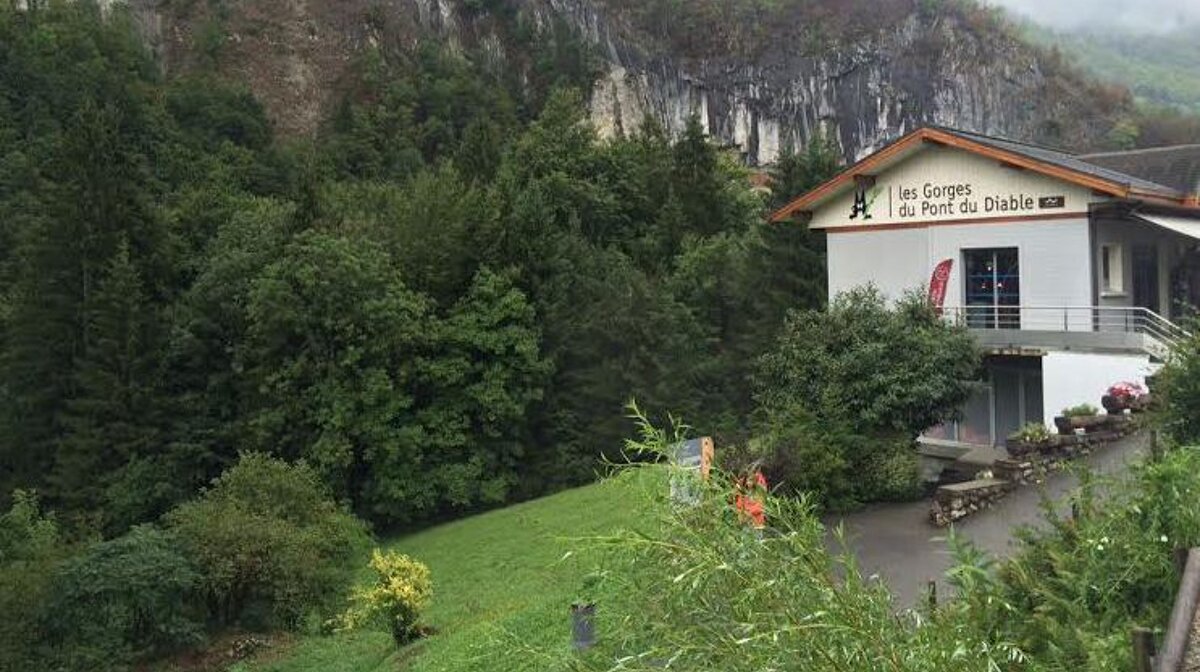 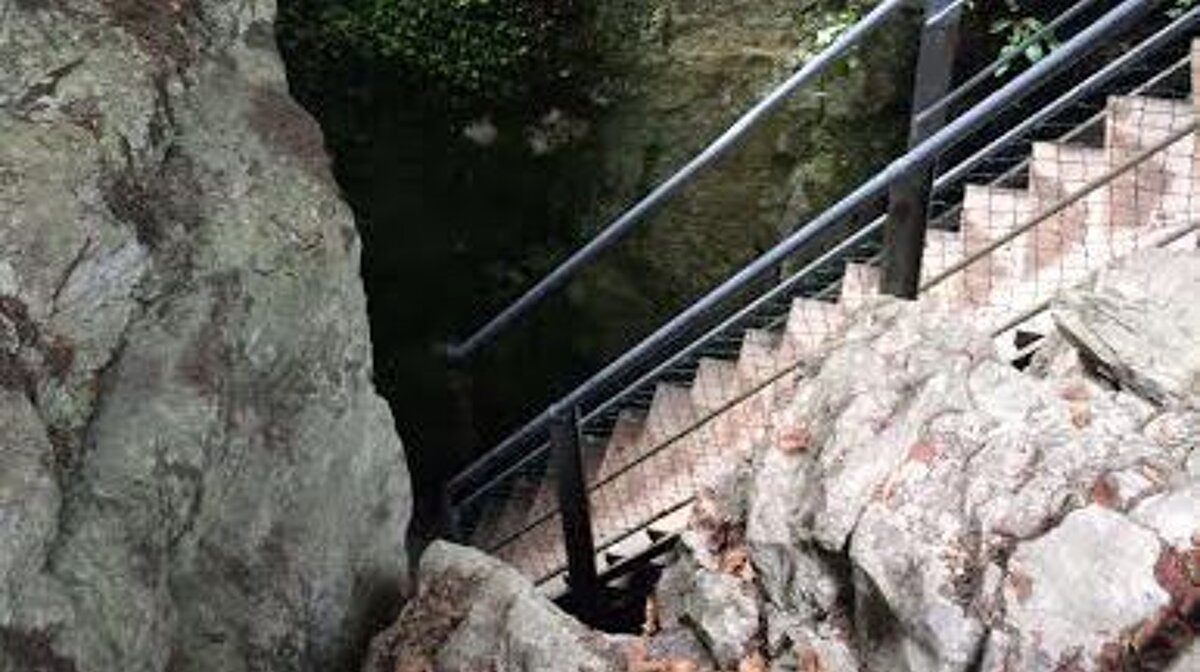 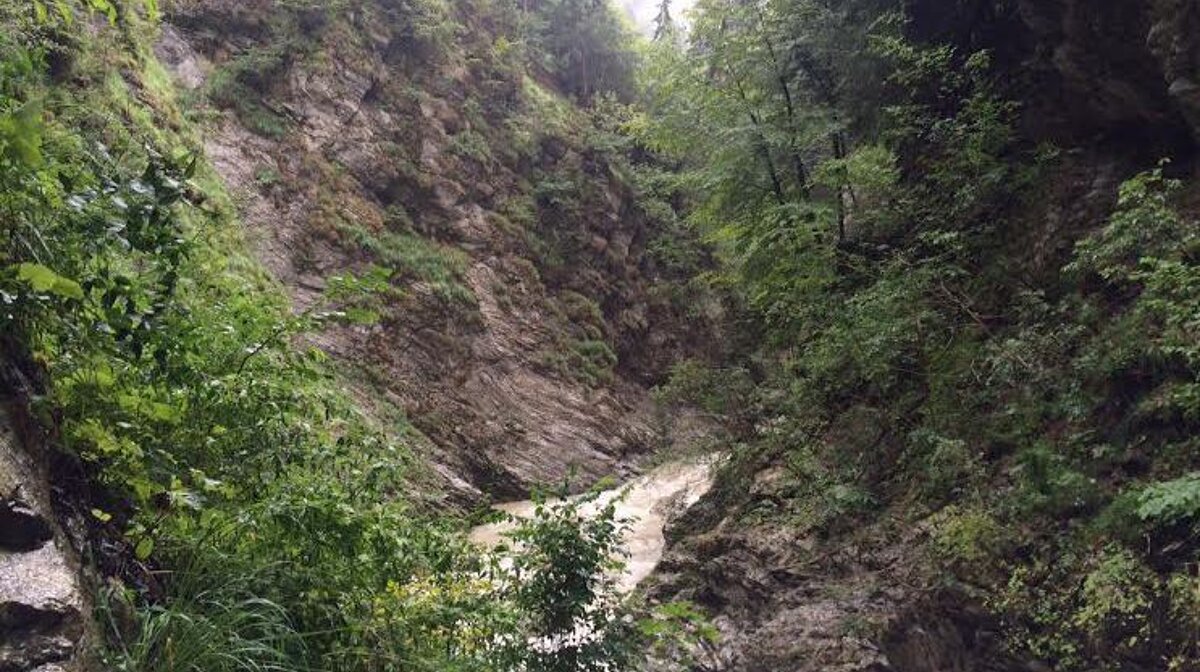 Winding through the caves

Descending down to the gorge

Steps down to the gorge

Waterfall at the gorge

Away from the bright lights of Morzine, down the windy mountain road to Thonon is a place like no other, steeped in a legend that leaves locals and visitors quivering with fear.

Legend has it that The Pont du Diable (Devil’s bridge) was a result of a deal made by farmers who were desperate to build a path linking the two sides of the valley across the Dranse. Feeling let down by God, they turned to the Devil who in turn promised to build them a bridge in return for the first soul to cross it. Thinking that they could trick the devil, the farmers sent a goat across the bridge. Angered by their actions the devil threatened to return but is yet to stick to his word. The residents wait in fear of the day he comes back….

Fact or Fiction. Well…it doesn’t really matter. The gorge and bridge now form part of a popular tourist attraction perfect on wet, chilly days but also on the hottest days of the year. Visitors descend down flights of wooded stairways to reach the gorge which sits deep down in the valley of the Dranse. You follow wildlife tracks and nature trails all the way down to the gates of the gorge where you await a guided tour. The day we went was wet and rainy and as we made our way through the forest it felt eerily atmospheric, passing under towering trees and through overgrown passages.

The Gorge, which lies directly under the Devil’s bridge, has been formed by years of ice-cold water crashing down the valley and eroding the rocks. The public started visiting in 1893, which is also when the legend spread rapidly to the surrounding towns and villages. Tours through the gorge take place throughout the day and last about half an hour. You're guided through the gates of the gorge down flights of stairs until you’re standing on wooden platforms looking down into the swirling, crashing river. The tour is all in French but you’re given a translation and are able to ask questions in English so that you don’t feel like you’re missing out. There are steep rock faces, big cavernous holes and waterfalls all formed by ice, changes in temperatures and harsh winters. It’s interesting for adults as well as children, who can allow their imaginations to wander.

One of our favourite parts of the tour is the traces of history left etched in the rock as you make your way around the gorge. Hearts and initials have been scratched into the rock by workers and visitors - some of them dating back to the 1940’s. You can also see the old steps and metal railings, now left abandoned, which allow you to imagine what it would have been to scale the wet, slippery rocks when safety was slightly less of a concern. The tour itself takes about 40 minutes. You feel like you’ve had plenty of fresh air, a good walk and it’s not too exhausting if you want to take the children with you.

Once you’ve finished the tour you have to climb back up the wooded stairs to the car park where the warm café awaits you. There’s hot chocolate, tea and coffee to warm you up on the chillier days and a cooling beer and ice cream for the hotter days. The visit costs 6€ for adults and 4€ for children and is a great way to spend a few hours of your holiday. It gives you shade from the sun and if you’re wet from the rain why not get wetter in the waterfalls! We’d certainly recommend it and as the 4 year old who was with us said “it was really good… I bet fairies live here”.