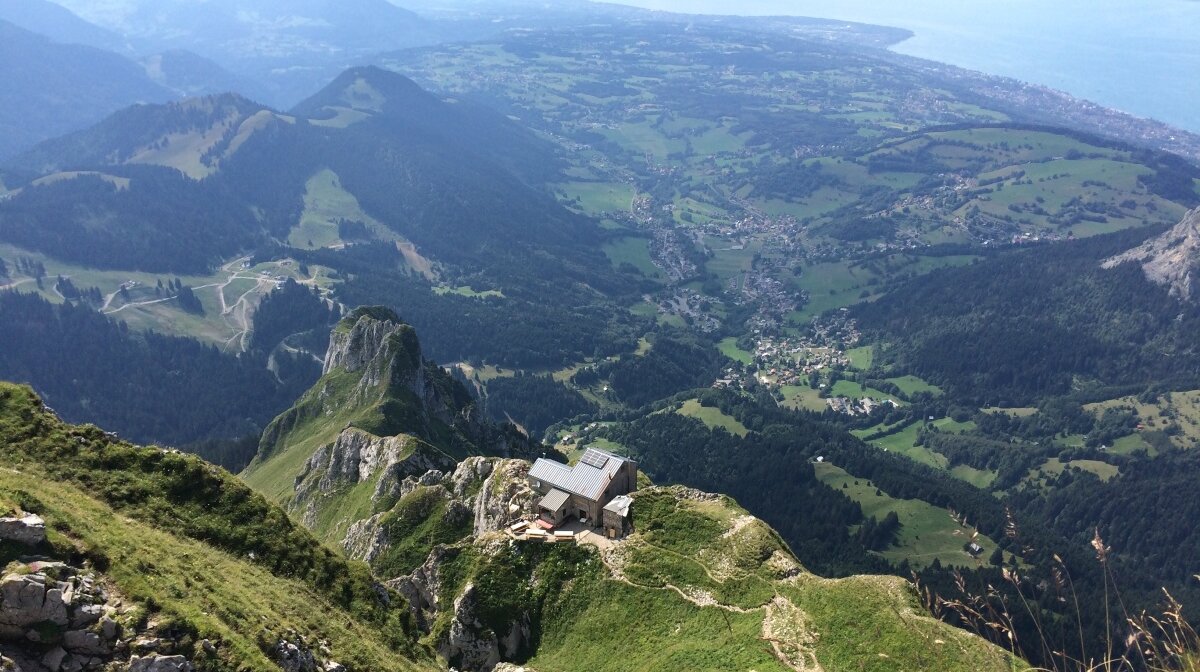 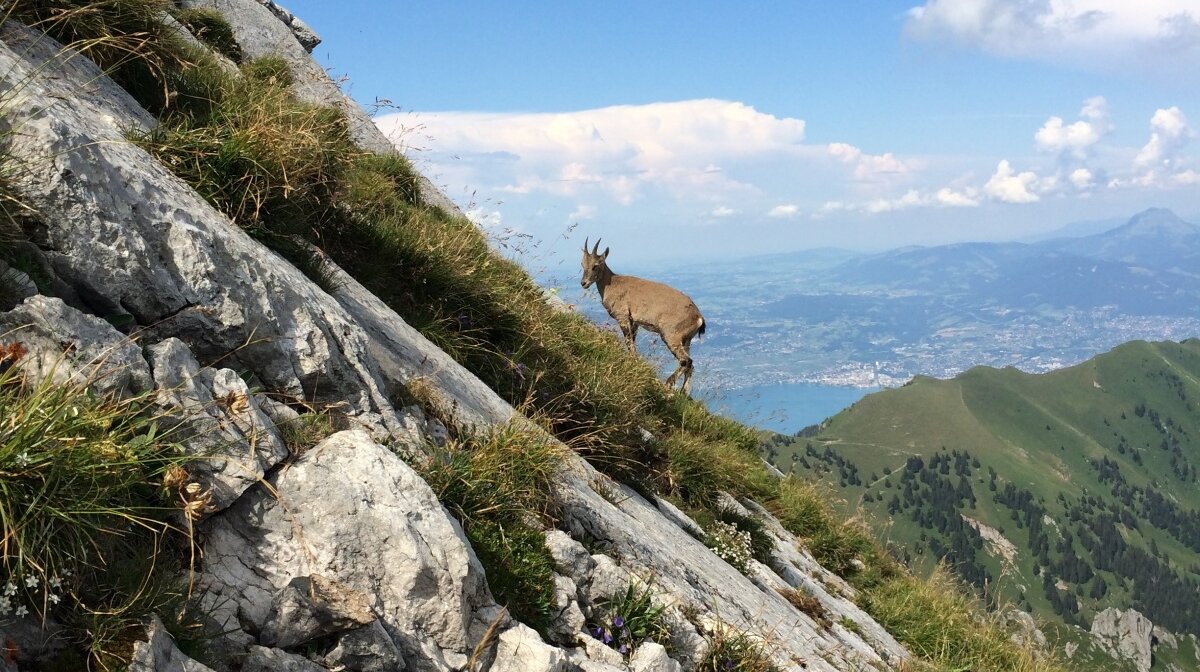 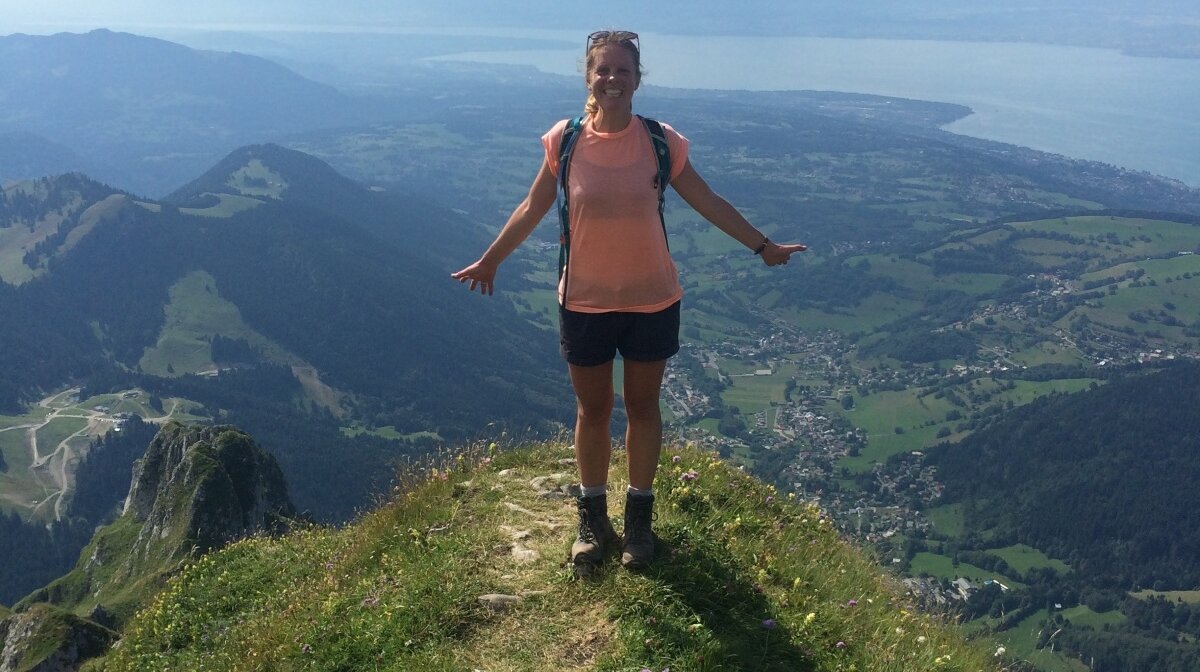 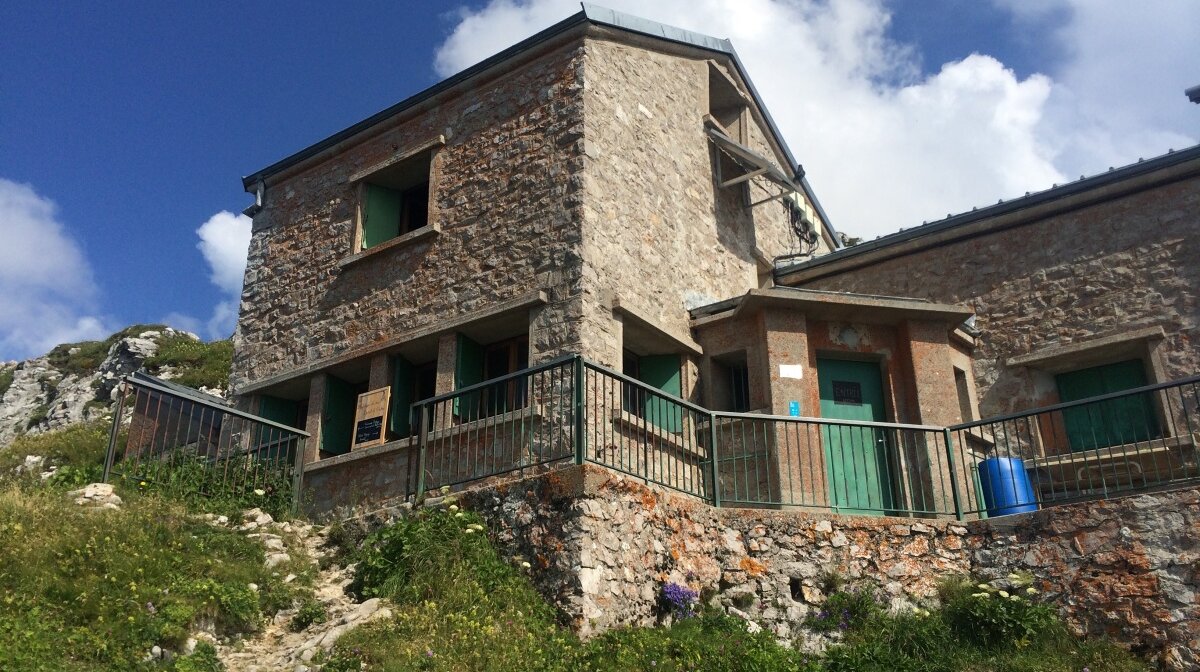 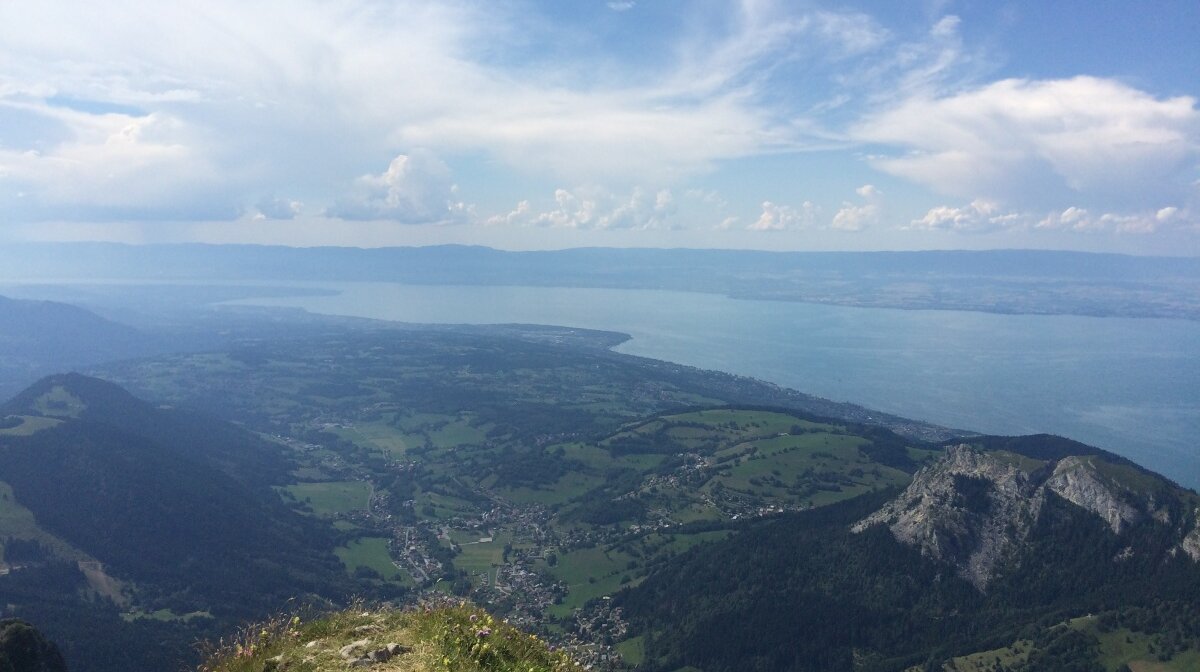 Great views from above

On top of the world!

There's no end of spectacular walks and climbs around the Portes du Soleil but you'd be hard pressed to find any quite as challenging, fun and special as the Dent d'Oche ridge walk in the Abondance valley.

If you like scrambling, amazing views and incredible scenery then this walk is most certainly for you. You can easily make this a day long adventure for the whole family... Here's how.

The Dent d'Oche is about 45 minutes by car away from Morzine. You drive out of town down the main Thonon road to the roundabout which takes you over the mountain to the Abondance Valley. From here you climb up through several alpine villages with goats popping up all over the place. Head through Chevenoz and Bernex and follow the Route de Dente d'Oche all the way to the small car park next to a beautiful restaurant with umbrellas covering the terrace.

Quite early on in the journey you get a full view of the Dente d'Oche itself, it's a rocky peak with a pointy summit that towers high above the surrounding hills and valleys. It looks quite daunting and oppressive when you look at it but don't be fooled, it's one of the most beautiful in the region.

The walk itself is pretty steep from the offset. You climb up a forested path which points you in the direction of the Dent d'Oche Chalet. As we headed up this track, we came across various different groups of people including families with young children who were out exploring the area around the huge cliffs. It took us about 40 minutes to reach the chalet at the base of the mountain which is a great place to stop either on the way up or the way down - It's a dairy farm which sells its own cheese and has a fridge full of drinks for the very hot days. (We decided to stop here for a drink on the way back down once we'd conquered the climb).

You then head steeply up through a green alpine meadow which winds its way to the rock and the final scramble to the peak of the mountain. This is where the climb starts to get quite technical. There are ropes and ladders to help on the ascent and the descent but this demonstrates just how tricky it gets in places. Having said that we passed several small children and their families giving it a go quite successfully.

When you've been climbing for about an hour you reach the Dent d'Oche refuge which is one of the most impressive I've come across. It's built into the rock of the mountain and boasts incredible views of Lake Geneva which you can see emerging over the hillside. It has a fantastic terrace which is a brilliant place to enjoy a drink if you need a break. It's also a great place to stay for a night if you're tackling more than just one climb or if you fancy a bit of an adventure with the family.

The peak of the mountain is a little bit further on from the refuge. From bottom to top you're looking at about 2 hours in total. We reached the peak as a huge thunder storm started in the distance. We could see the lightning bolts across the valley in Chatel. It's important to check the weather before this walk as getting caught in the rain on the descent would be pretty dangerous. We were lucky on this occasion as the storm stayed put and we got up and down in the sunshine.

The Summit of Dent d'Oche is spectacular. You get panoramic views of the whole region and a full length view of the whole of Lake Geneva. You feel like you're on top of the world.

The ridge walk continues for about 20 minutes before you start to head down. Again this is quite a technical scramble so important to take your time and be safe as you climb to the base of the mountain again. We were lucky enough to come across some Chamois (mountain goats) as we headed down and they didn't seem to notice us so we got to watch them for a while before they scampered off. It really added something special to this already amazing hike.

We headed down to the valley which then lead us back to the chalet we passed at the start of the walk. We paused here for a little celebratory beer and some cheese before heading back to the car. This walk is easily one of my favourite in the Portes du Soleil and would be a great one to do if you enjoy beautiful views and a bit of a challenge. It's also a great place to take the whole family. The children can explore the area and eat cheese whilst some of the adults climb the testing peak. However if you have brave and able children, they may want to try it with you. But take extra care, it's a difficult hike that won't be suitable for everyone.