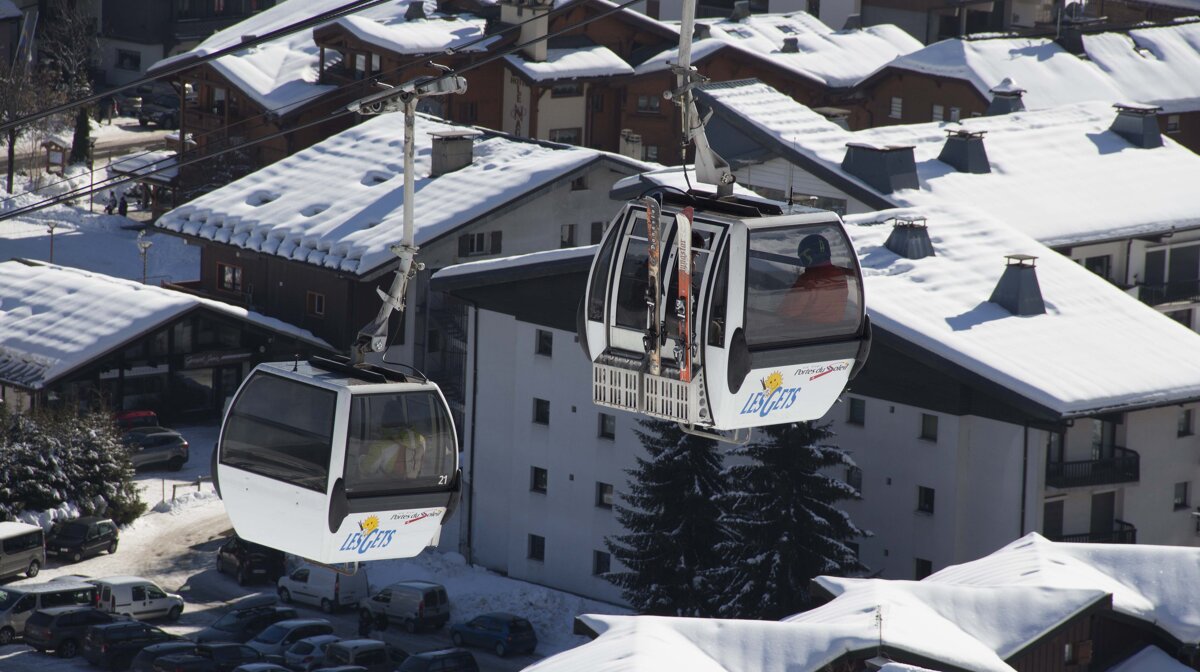 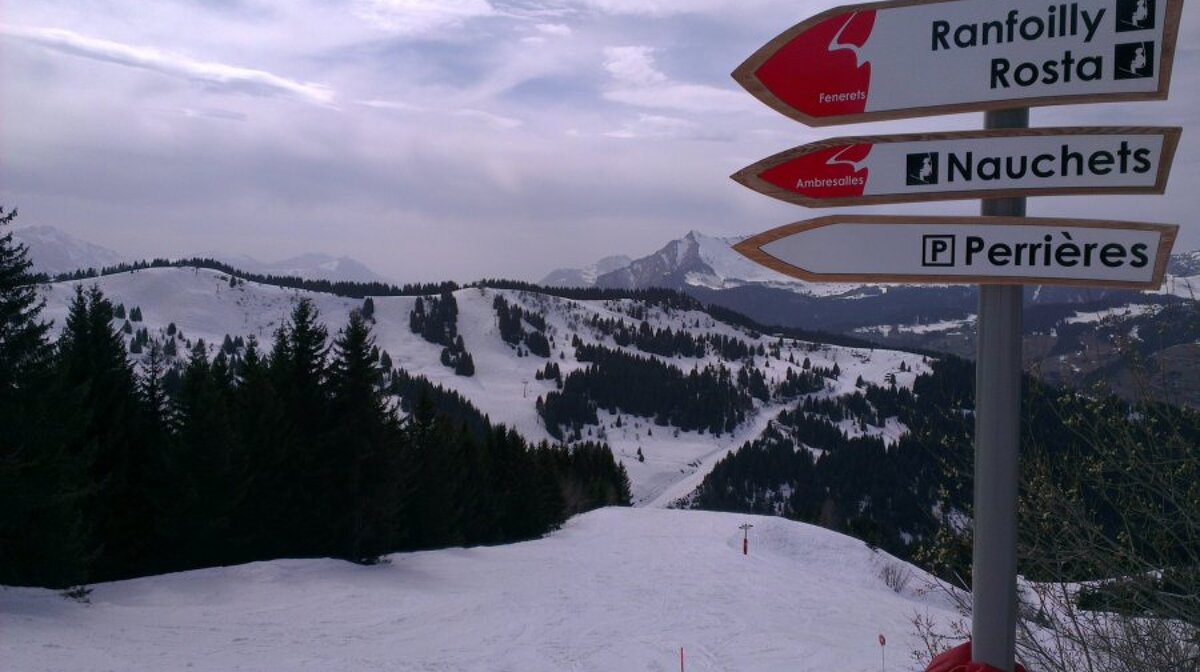 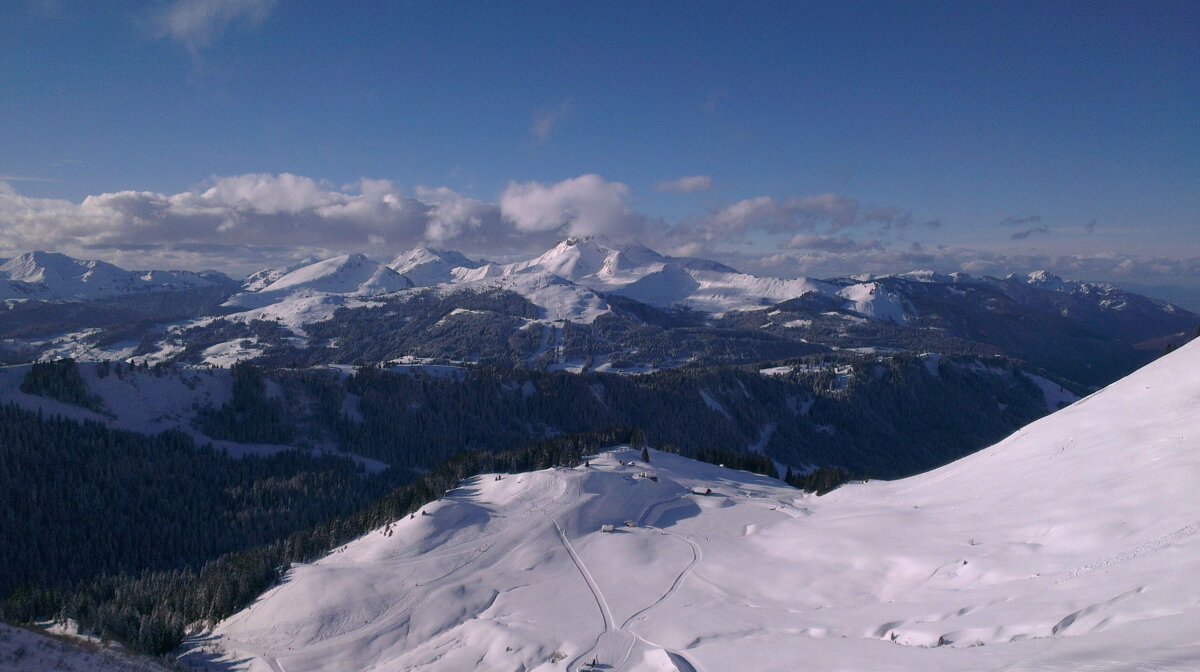 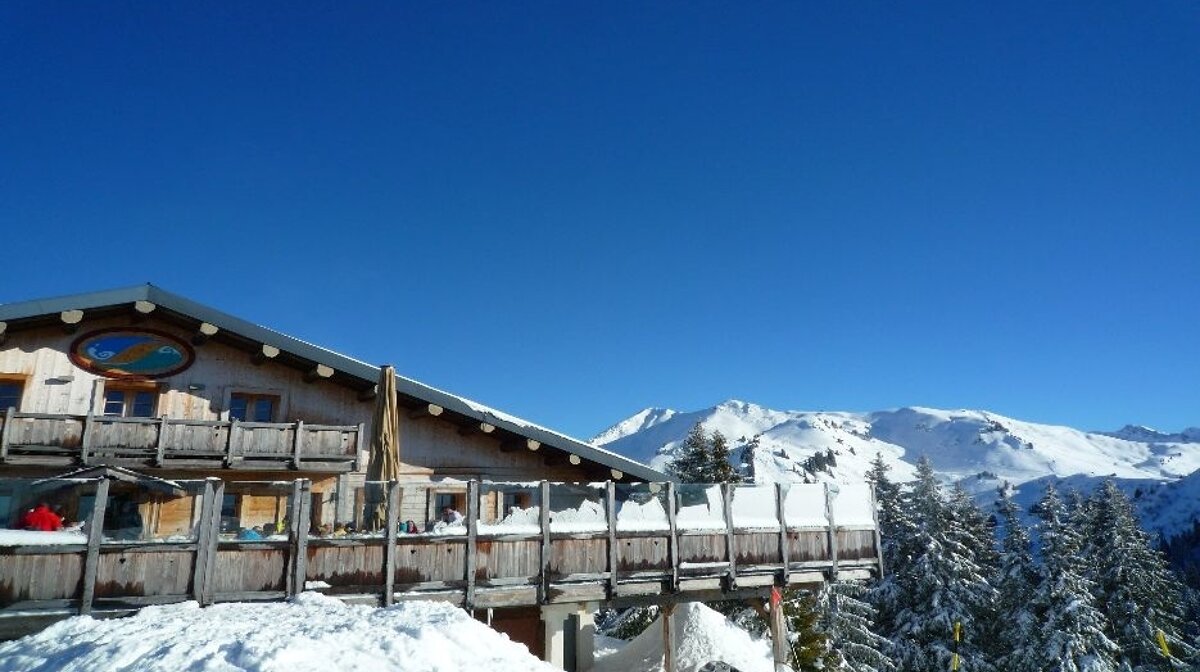 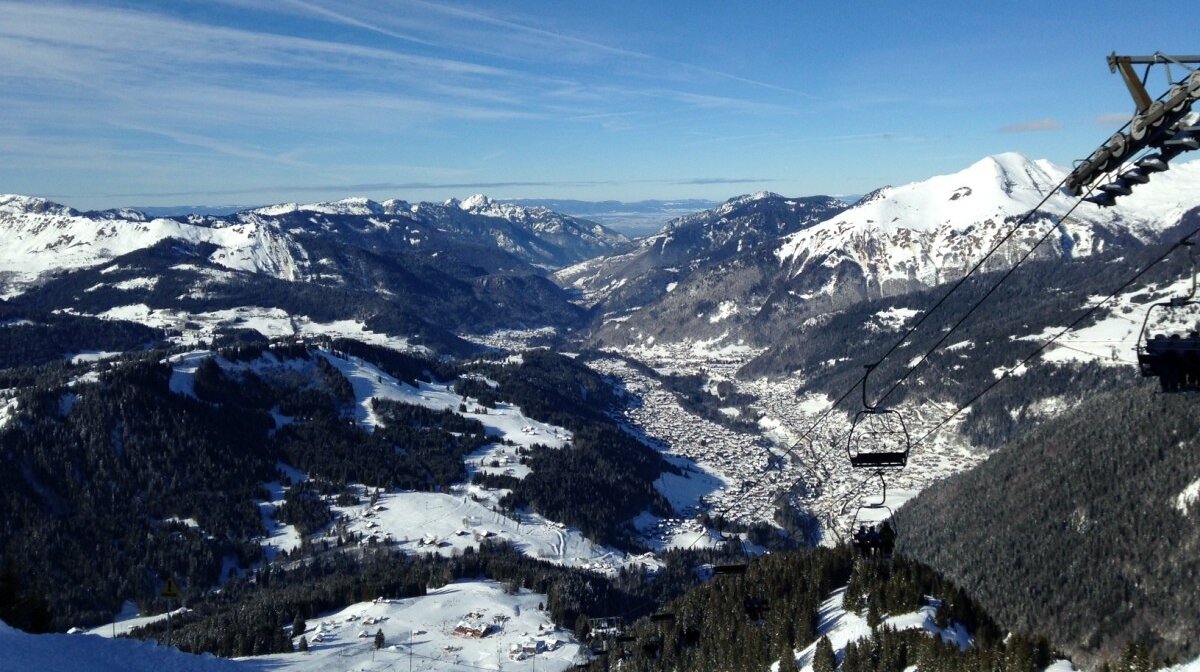 Refreshment at the top of Nauchets

View of Morzine from the Pointe de Nyon

If you’re looking to escape the crowds and want something challenging but equally as fun then why not spend the day travelling to and exploring the Mont Chery area of Les Gets?

It’s one of the Portes du Soleil’s highest areas and has incredible 360-degree views of the whole area & Mont Blacn on a clear day, not to mention amazing bars and restaurants, which are well worth visiting.

Start your day at the free car park at the base of the Nyon Mountain. From here you can get the telecabine up to the Nyon bowl. If you’re the type of skier who likes a coffee before hitting the slopes, then this is an idea spot to head to, to start the day. From here you can head up to the Pointe de Nyon and enjoy your first run, which is the windy, narrow red that joins the La Combe run that takes you down to the Charniaz Express chair.

From here you travel on the lift all the way up to the top of the Ranfoilly bowl lifts of Rhodos and Fenerets. Once you’ve descended via these runs into the bowl itself, you can spend time playing around in this area. It’s full of steep fast reds, challenging blues and some great tree runs and off piste jumps and tracks.

Next you head back to the top of the Nauchets Express lift and catch the long blue of the Gentiane run all the way into the centre of Les Gets. All this playing around should have brought on a hunger by now which makes it a great time to stop for lunch. To access the main Mont Chery bubble, you have to cross the road and pass a number of popular restaurants. Why not pop in and replenish your energy stocks for an afternoon on the mountain?

Once you’ve eaten – head across the road to the bubble, which takes you up to the Mont Chery bowl. Here’s your chance to explore freely! There’s a great park for practising jumps and also some pretty challenging reds and blacks. If you’re feeling like carrying on the journey and seeing the other side of the valley, head down to the base of the Col de Ecrenaz via the Marmottes run. Afternoon coffee anyone? There’s a perfect little stop off at the base of the mountain!

Once you’ve spent some time on Mont Chery and are ready to head back, take the red Chamois run all the way back down the mountain to the Petit Train stop in the telecabine car park. This is quite a novel run as it involves you skiing across a road- this can be quite challenging when snow levels are low! You can then take the little train back to the centre of Les Gets and hop on the Chavannes Express lift. This will take you back to the Belle Mouille run, which is well on the way back to where you started. Take the Troncs Express, which brings you back to the top of the runs in the Nyon bowl and then just head down the mountain back to the car park!

This is a great day out because it involves a real mix of runs. From well pisted, steep runs for the speed demons, tree runs for off piste lovers and some challenging technical sections, there really is something for everyone. The views are also spectacular. If you want to avoid the queues and the crowds then this could be perfect for you!

Find all the lifts and pistes on the Morzine & Les Gets piste map.

Find your way around with Piste Maps for Morzine.

Take a look at this year's Ski Lift Pass Prices and if you're not sure which one to buy, read our Guide for more information.