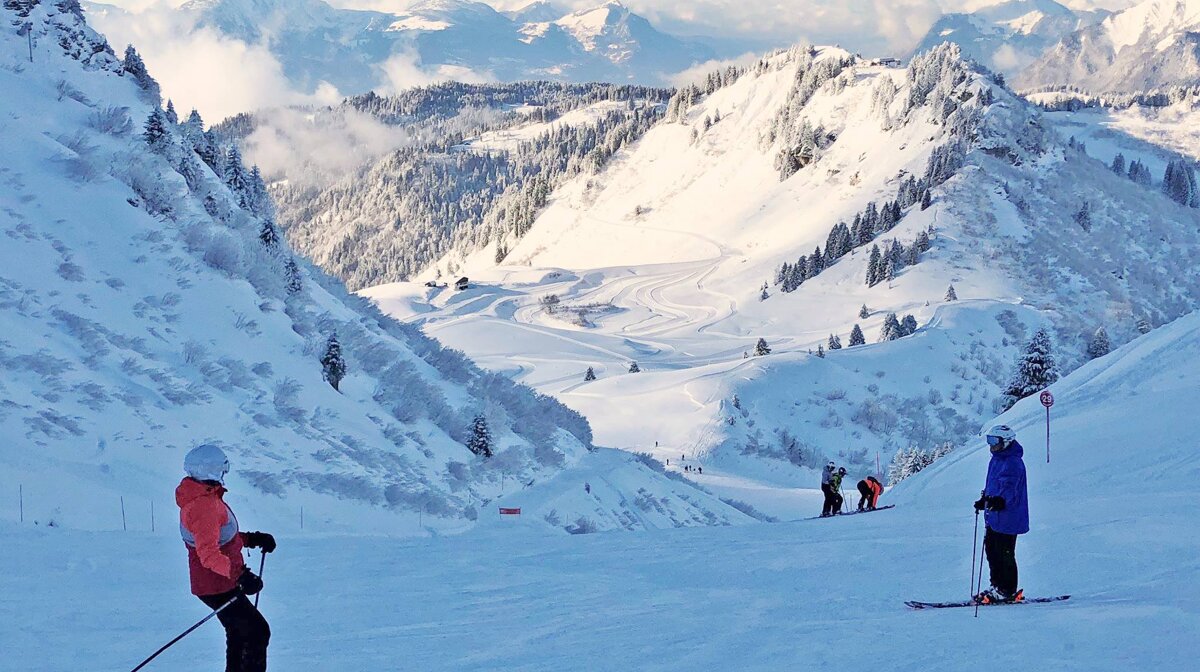 Morzine in February 2020 - What weather to expect & what to do

It's the school holidays and the resort is full of families, it's getting a little warmer, the days are a little longer, and the snow is already deep in resort.

With the school holidays in full force, on the slopes and throughout town it's buzzing with activity. Morzine lays on plenty of entertainment, with regular events and parties going on in the bars, hotels and clubs around town.

Read on for a look at what we like to do in resort throughout February.

What are the weather & snow conditions like in Morzine in February? 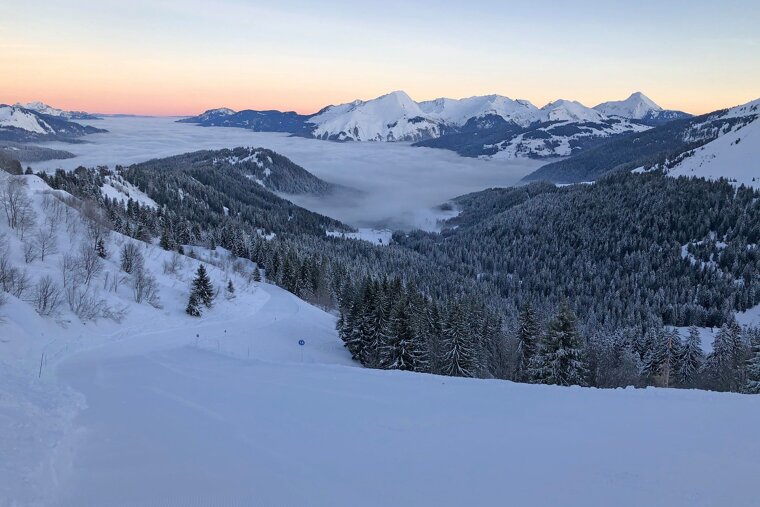 February is usually still a very wintery month. Even if the days are getting longer and the sun shines a little bit stronger, which makes staying on the slopes until lift closure much more pleasant, the weather can change rapidly. So expect a mixture of sunshine, overcast skies and snow.

There is still regular snowfall, on average six days, and very much like January the daily temperatures generally fall between a high of 3ºC and a low of -4ºC. Still very much a time for wearing a thermal under-layer.

What's on in Morzine in February? 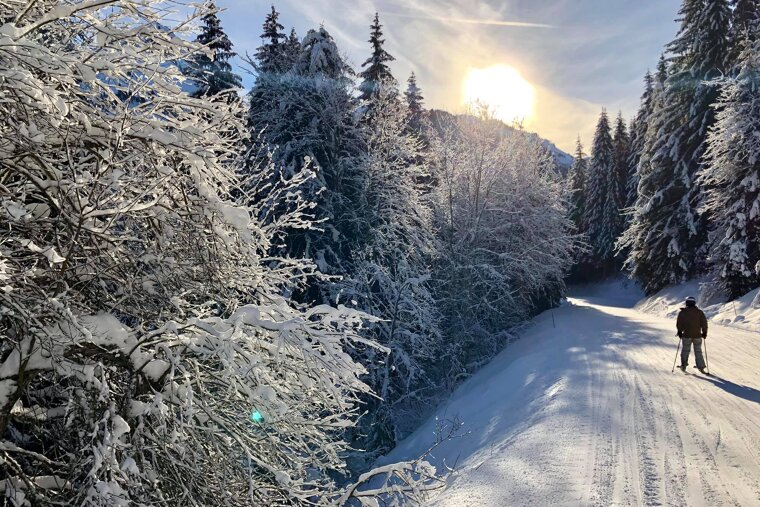 Valentine's Day
Valentine’s Day is a big deal in France – it is the country famed for love and romance after all – so what better way to celebrate than to treat your better half to a romantic dinner in one of the resort’s many excellent restaurants? If you are after some entertainment while you eat, many places will put on live music, or you could head out to a bar after your dinner. 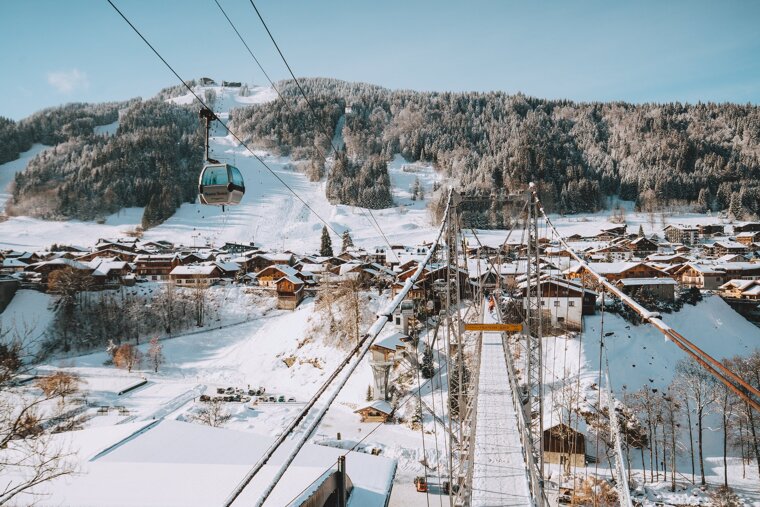 February is a popular month for families so the slopes are noticeably busier as soon as the four-week French holidays begin. Fortunately, the Portes du Soleil ski area is so vast, that even in high season you can find quiet slopes and minimal lift queues. Here are our insider's top tips for the school holidays: 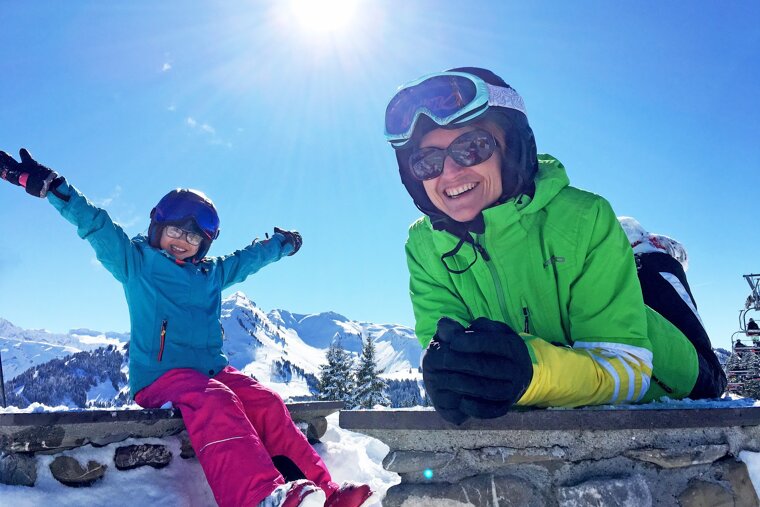 Family fun on the pistes
February is synonymous with school holidays on the slopes. As hundreds of children and their families descend on the pistes, Morzine puts on a show for them. There are lots of activities to keep the little ones entertained on and off the mountain. A great family outing is to wake up early and open the pistes with the local lifties, followed by breakfast at the team's mountain chalet. Also on the slopes, you can take part in a treasure hunt once a week or learn how artificial snow is made. One night a week, after the lifts have closed, ESF puts on a torchlit descent of the Pléney – you can sign up your kids at the ski school office.

Family fun off the pistes
There's also plenty to do for the whole family in town. The Palais des Sports offers creative, crafty workshops for children aged six and over throughout February. For slightly older kids, the ice rink is open. 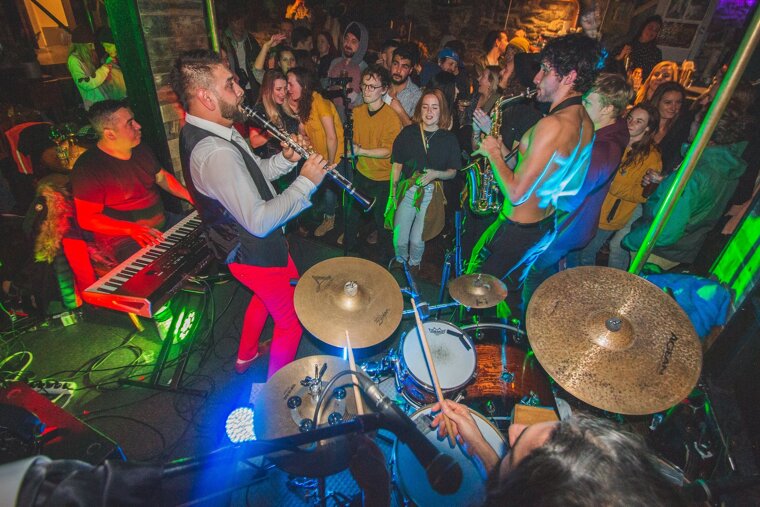 If, like most people, you like to follow several hours of exercise with several hours of drinking, you can hit up any of a number of local après-ski sessions, where you'll find bars offering great music, delicious food and happy hours.

For late-night entertainment, the clubs hold special nights on most days of the week.

Whether on the mountain or down in town, there is plenty going on this month to keep people entertained, and the snow just keeps coming.