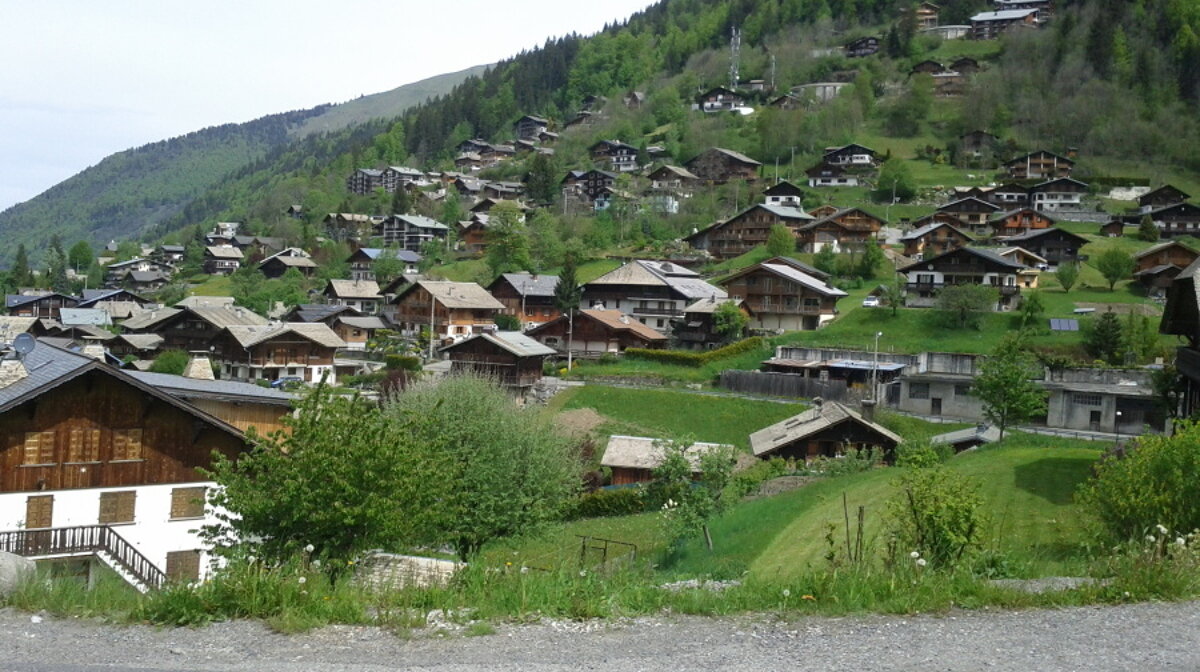 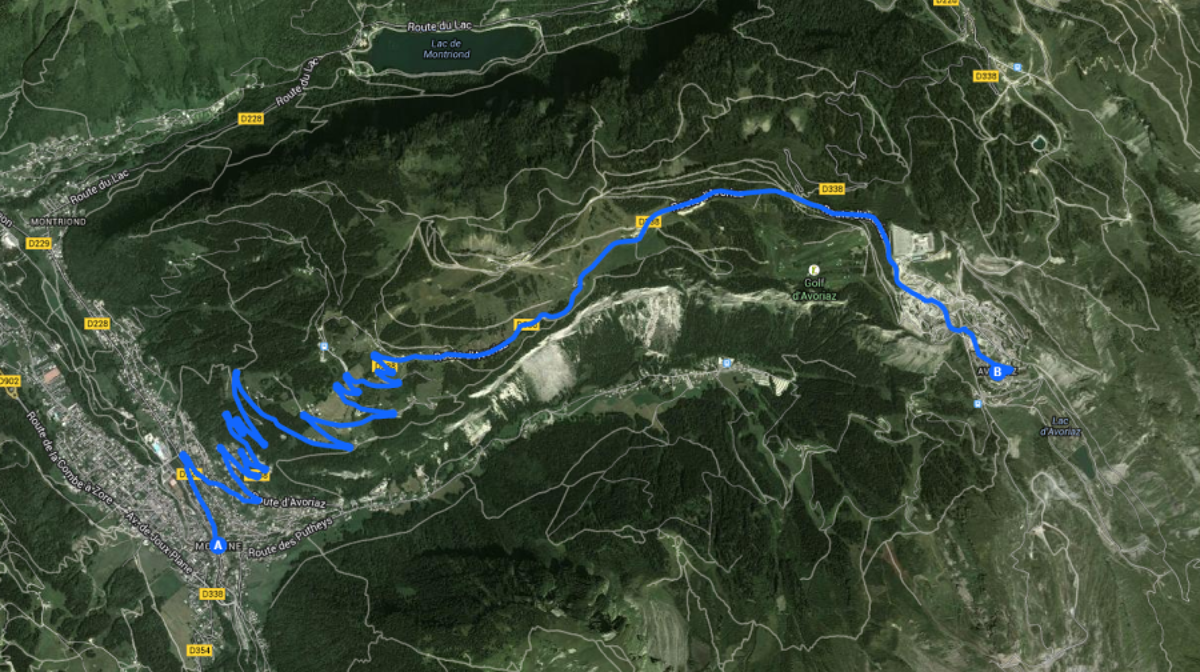 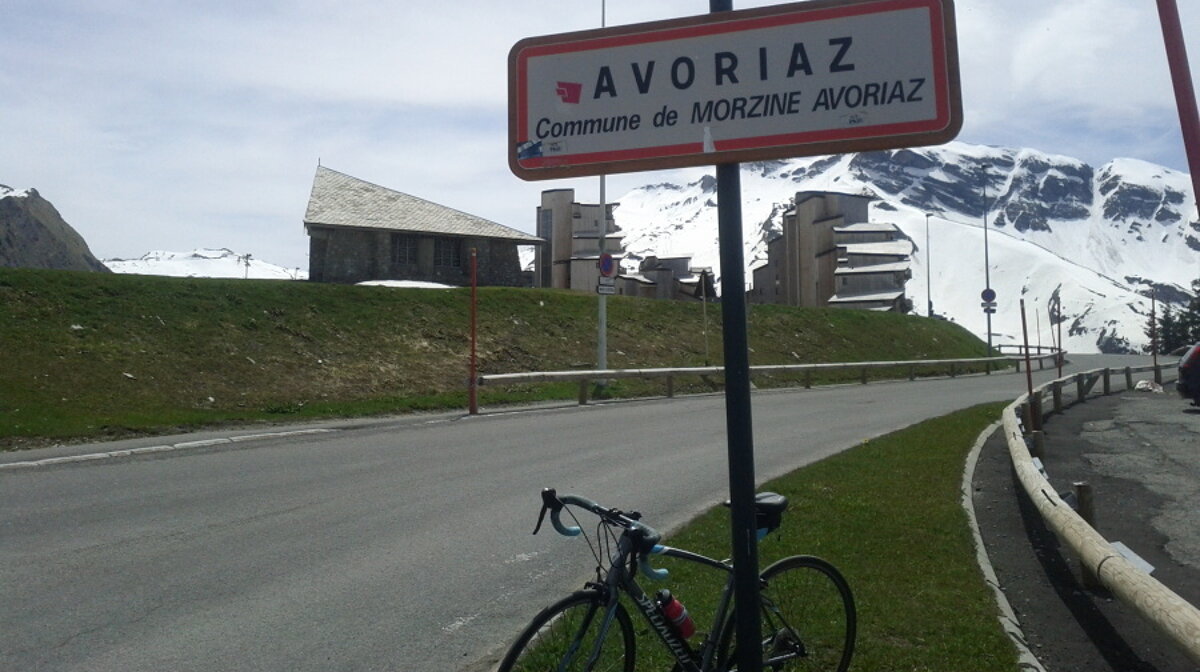 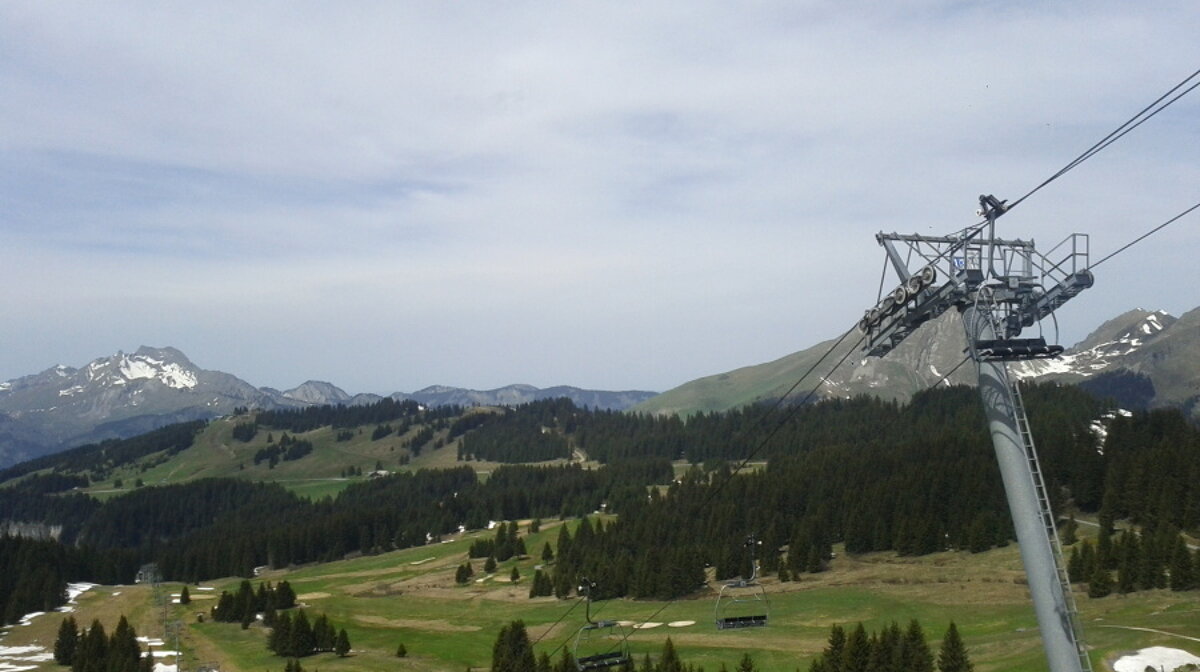 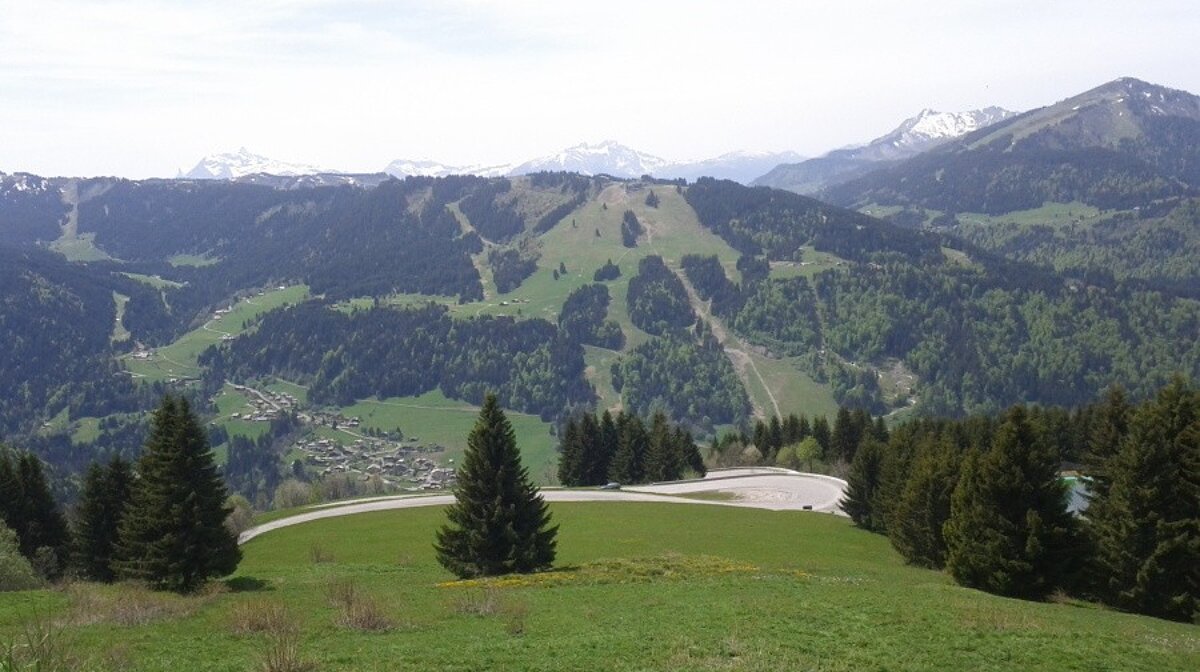 Leaving Morzine towards the Prodains

View down from Avoriaz

Looking down at the kilometres climbed!

There are two possible routes to ride from Morzine to Avoriaz: through Montriond, past the lake and Les Linderets to the Col du Joux Verte or straight up the Route D’Avoriaz.

As snow was still being cleared on the former, I climbed the 14km from the centre of town to Avoriaz up the hairpins of the latter.

The first couple of km from town are fairly flat towards the Prodains and then after turning left at the roundabout up towards Avoriaz, the climb really gets going . From here the route is 12km with a gradient varying from 6-8%.

The first half of the climb offers fairly steep hairpins with frequent rewarding views back down to Morzine. Then after about 5kms the road really opens up, looking out onto wide alpine pastures, with the various villages scattered around.

The distinctive Avoriaz residences are visible from fairly early on in the ride, and appear to be at the same altitude as the road from about half way up, but don’t be fooled! Avoriaz is just above 1800m, meaning a steady climb of about 800m.

The up and down can be done in 1.5-2 hours - it may be wise to avoid riding this in the middle of the day in the height of summer. The road does not have any shade so the midday heat may be a tricky factor!