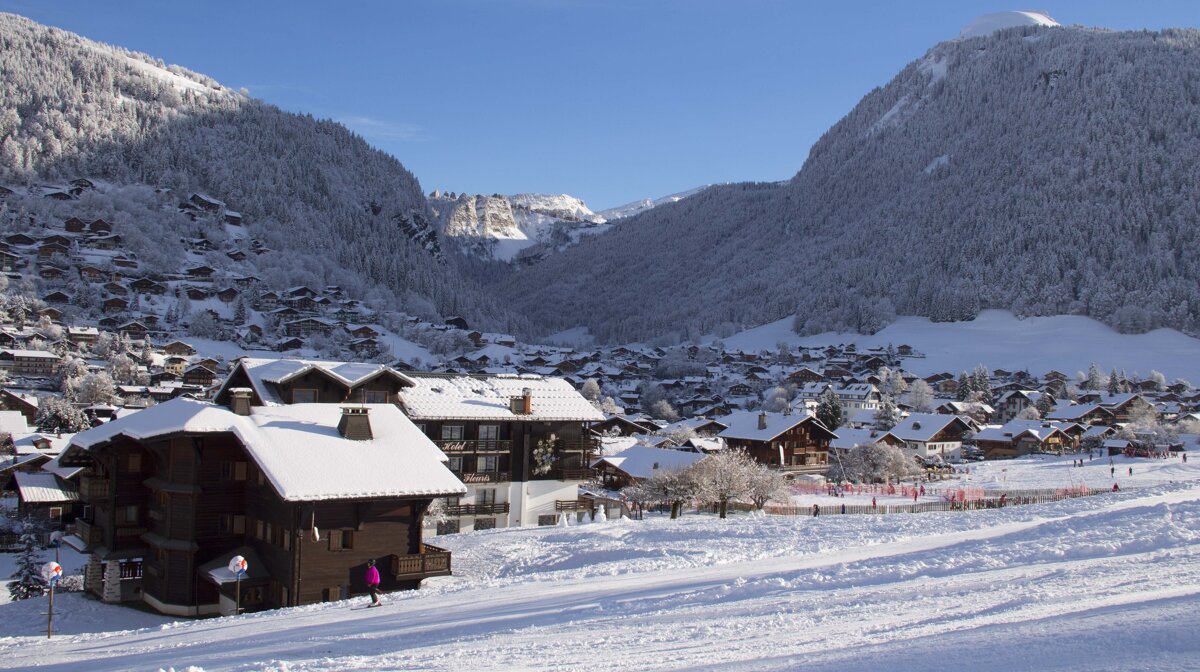 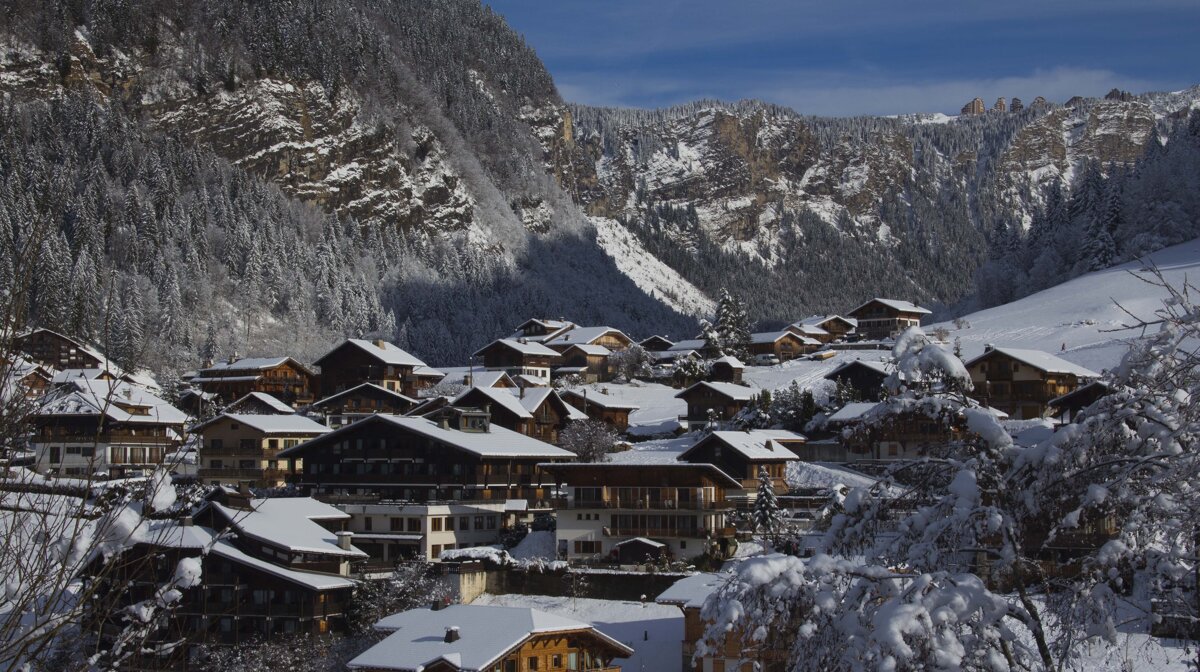 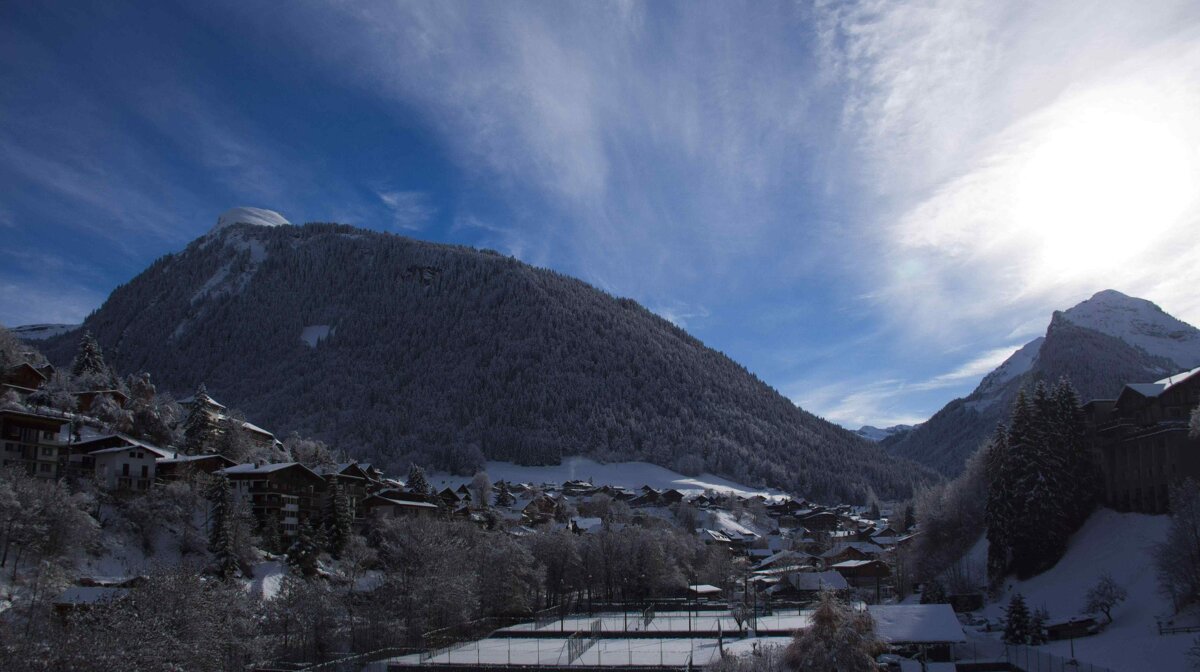 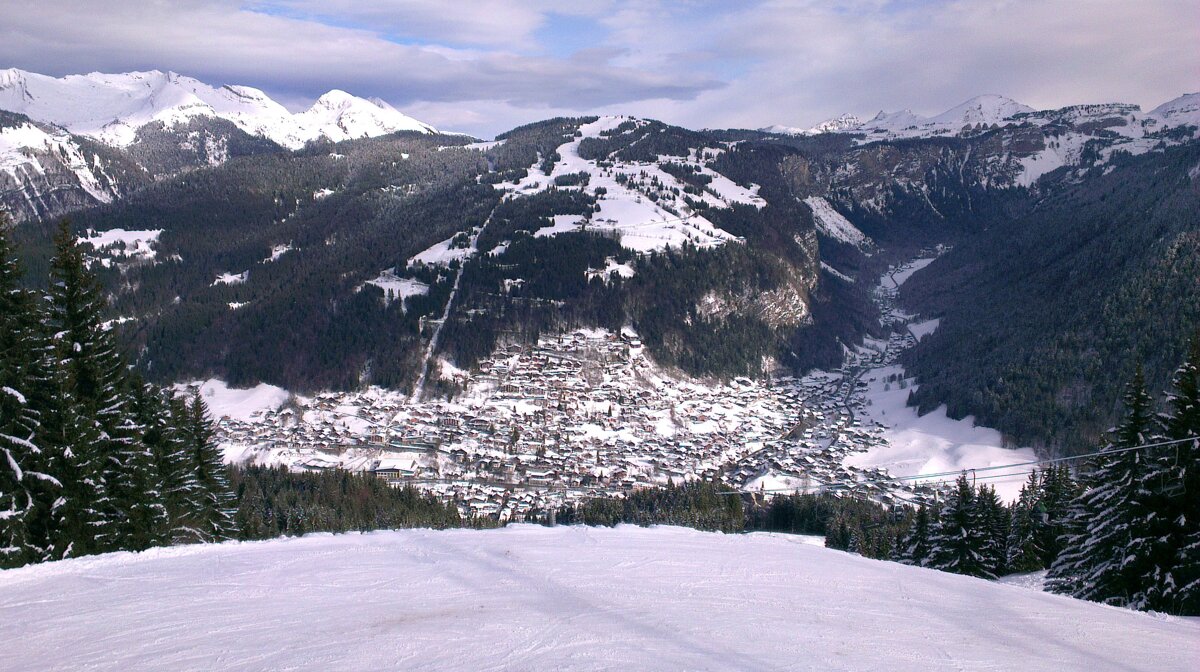 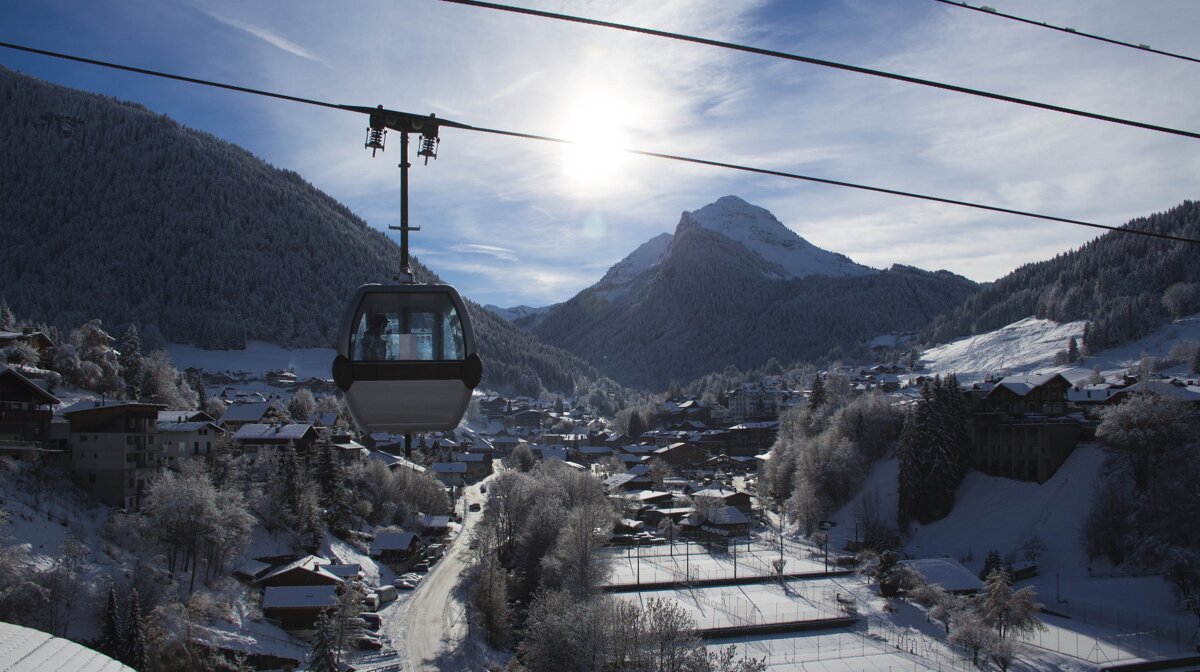 Morzine is one of the towns in the massive Portes du Soleil ski area that stretches across thirteen resorts through France and Switzerland.

Morzine is a very picturesque town. It feels like a French town rather than a ski resort, but in the last few years it has installed new lifts and sports facilities, and new bars and restaurants have begun emerging meaning that it can hold its own against many of the big name resorts in the Alps.

With its charm and quality as well as its location, just an hour from an airport and in the middle of one of the biggest ski areas in the world Morzine really is one of our favourite winter destinations.

Morzine was originally a small farming and mining town. The first lift to be installed here was the Pléney cable car in 1934 and since then the town has grown into a full on resort with all the trappings you'd expect, whilst still retaining its traditional French charm.

The town lies on two sides of the Dranse river that flows through the bottom of the valley, the sides of which are adorned with traditionally styled wooden chalets with slate roofs. There are very few buildings over four floors in Morzine and as this helps the town keep it's heart without becoming a concrete covered resort.

Things to Do in Morzine

For skiers and snowboarders there are several big chain stores like Intersport where you can rent and buy equipment as well as smaller independant stores like Slopestyle, Attack Attack and the Woods.

Morzine also has two cinemas and a swimming pool complex as well as it's own ice hockey team; The Penguins. Added to this options to go paragliding, husky dog sledging and snow-mobiling and it is a great winter destination even for those who don't ski.

Morzine is all about skiing and snowboarding in winter, and is hugely popular in summer for mountain biking and mountain walks.

There are all manner of restaurants and cafés to choose from in Morzine, from the traditional Savoyarde tartiflette and fondue restaurants, to fine dining and at the opposite end of the spectrum - creperies, pizzas and takeaways.

Of course, no French town would be complete without a bakery and there are several in Morzine, the most popular being the Bonboniere de Tavernier. Here you'll find artisanal chocolates and excellent French pastries and cakes. Morzine also has some good shops, most of them are here to service the skiers and snowboarders but there are some shops offering shoes, jewellery and clothing as well as gifts and souvenirs.

Where to Eat in Morzine

The town also has some great bars and restaurants. Bar Robinson, or Robbo's as it's known locally, is a tiny French café bar with legendarily strong beer; Mutzig. It's a must for any visitor and always popular with the locals. For live sport the Dixie Bar just next door has several huge screens and is always packed during the Six Nations Rugby and big Football matches.

For a more civilised affair try Beanies for cocktails, Le Coup de Cœur wine bar on the high street or the hipster micro brewery Bec Juane at the top of town.

Between these bars and the late night venues like Opéra and Café Chaud, Morzine has a great après ski and night life, but if fine food rather than beer and music is your idea of a night out then you will not be disappointed with Le Grange, Chaumade or Ferme de Frutiére. Up near the tourist office The Cavern, Crepu and Tibetan Café are always popular especially on a Tuesday night when the resort's chalet staff tend to have their night off.

Morzine has seen an increase in the number of luxury chalets popping up in recent years, but there is still a wide selection of properties on offer to suit all tastes and budgets. Choose self catering, fully catered or opt to hire in a private chef for a few days.. the choice is yours!

The choice of apartments in Morzine is vast, catering for every group size and requirement. Some are tucked away in quieter parts of the village whilst others are right in the centre of all the hustle and bustle.

There are some excellent hotels in Morzine like The Farmhouse, but most of the accommodation is in self-contained, independent chalets. In many cases these are run by families who fell in love with Morzine and never wanted to leave and they offer excellent facilities and service at very competitive rates.

Morzine sits in the Haute Savoie region of France just over an hour from Geneva airport, making it one of the easiest resorts to reach from the UK, in around an hour. The centre of Morzine is the tourist office and from here it's a short walk to the lifts on either side of the valley that will take you up to either Morzine and Les Gets or Avoriaz and the further Portes du Soleil.

As Morzine is still a town rather than a resort it is possible to drive around, but for those without their own transport there is a free bus system that starts and finishes at the foot of Le Pleney that stops at the Prodians, Super Morzine and Ardent lift stations.